Mexicans protest sharp hike of tortillas, other food staples
5-Feb-2007 AFP
Thousands of people marched in Mexico City to protest the sharp hike of basic food products, including tortillas, and to demand the government exclude food staples from the North American Free Trade Agreement (NAFTA). "No corn, no country," the protesters shouted in the first major demonstration to confront conservative President Felipe Calderon since he took office December 1.
Malaysian, US unions oppose trade deal
30-Jan-2007 AP
Labor unions in Malaysia and the United States said Monday they opposed a free trade agreement between their two countries unless it incorporated mechanism to protect labor and social rights. 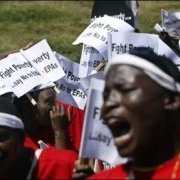 Activists protest free trade pact at EU base in Kenya
25-Jan-2007 AFP
Some 2,000 anti-globalisation activists were marching in Kenya’s capital Nairobi to protest against a plan to liberalise trade between developing nations and the European Union. 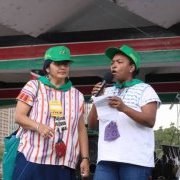 Via Campesina inaugurates the World Social Forum
22-Jan-2007 Via Campesina
"We fight against those that are seeking to impose the neoliberal model upon us, a model that seeks to privatize our land, our seeds and our water; a model of free trade that makes it impossible for us to make a living in a dignified manner."
New anti-FTA protests in Colombia
22-Jan-2007 Prensa Latina
Senator Jorge Robledo announced on Sunday new demonstrations against the congressional approval of the Free Trade Agreement (FTA) between the governments of Colombia and the US.
Letter from RECALCA to US Rep Charles Rangel
19-Jan-2007 Mingas
As a coalition of union, environmental, peasant, and small business organizations, communities of Afro-Colombians and indigenous people, and women’s and human rights groups, we would like to give you our views about some of the impacts that the US-Colombia FTA will have on Colombia. 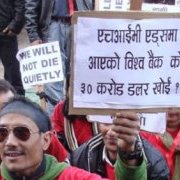 "We also want to stop KorUS FTA!"
18-Jan-2007 VOP
Students of Oriental medical school joined to stop Korea-US Free Trade Agreement. "KorUS FTA will destroy our medical system, so it will menace the right for the health. And will bring about the oriental medical’s collapse. That’s why we are against KorUS FTA." 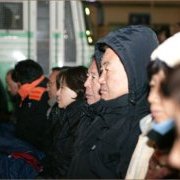 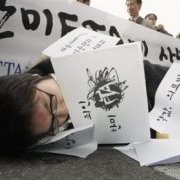 Thousands of protesters voice opposition to FTA amid bolstered police presence
16-Jan-2007 Yonhap
Thousands of farmers, workers and progressive lawmakers gathered Tuesday afternoon in downtown Seoul to protest ongoing free trade talks between South Korea and the United States, threatening to march to the site of the negotiations despite police warnings. 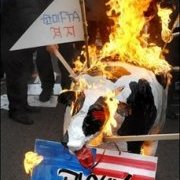 Anti-FTA groups stage rally
15-Jan-2007 Korea Times
Civic groups and labor unions staged a series of rallies against the Korea-U.S. free trade agreement (FTA) as new round of FTA talks opened Monday. The anti-FTA groups estimated at about 2 million people will also have a large-scale protest at downtown Seoul on Tuesday.
Progessive lawmakers go on hunger strike opposing FTA
15-Jan-2007 Yonhap
Nine progressive lawmakers went on a hunger strike Monday against the free trade talks between Seoul and Washington as the two sides began the sixth round of the negotiations.
ASEAN for the people
15-Jan-2007 Melbourne Indymedia
We call on Governments to review existing FTAs and, to postpone for further examination and public scrutiny the FTAs currently being negotiated or proposed, particularly the proposed EU-ASEAN FTA, and FTAs with Japan and the United States under consideration by several ASEAN members.
FTA kills! Stop negotiations with USA now!
12-Jan-2007 bangkit.net
It was an uncommon sight at the Bangunan Rawatan Utama, Universiti Malaya Medical Centre this morning, when 30-over anti US-Malaysia FTA coalition members suddenly gathered holding banners and placards at the outpatient unit lobby.
Malaysian rice farmers, activists, demand halt to free trade talks with US
11-Jan-2007 Sharewatch
The United States and Malaysia this week started a fourth round of talks for a free trade agreement (FTA), which Washington wants to complete before President George W Bush’s trade-negotiating authority expires in June. The Coalition Against the US-Malaysia FTA delivered a memorandum to Prime Minister Abdullah Ahmad Badawi calling on him to intervene, and urged transparency on the details and implications of the deal.
Forward with the struggle to stop the EPAs
11-Jan-2007 Third World Network Africa
From 11-14 December 2006, the 9th Annual Review Meeting of the Africa Trade Network took place in Accra, Ghana. This is the final declaration that came out of the meeting.
Oriental doctors protest FTA talks
10-Jan-2007 Korea Herald
Despite the government yesterday ruling out the possibility of opening the Oriental medicine market in ongoing free trade talks with the United States, Korea’s doctors are still planning to stage protests.
Open letter from Peruvian agricultural producers
10-Jan-2007
To the People of the United States of America, to the Members of the US Congress: We are sending this letter on behalf of the nine million farmers and rural workers of the coast, highlands, and tropical forests of Peru, who are concerned about the final results of the Trade Promotion Agreement (TPA) completed in December 2005 between the trade representatives of Peru and the United States.
Parliament demands gov’t suspend subsidy to civic groups opposing FTA with US
4-Jan-2007 Yonhap
The South Korean parliament has requested the government suspend state subsidies to civic organizations involved in illegal rallies ahead of a new round of free trade talks with the United States this month. 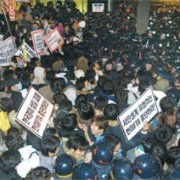