Treaty disputes roiled by bias charges
10-Jul-2013
Concerns about objectivity and accountability of investment dispute arbitrators have prompted calls for tougher ethical guidelines as caseloads have exploded.
Argentine court revokes US$19 bln embargo on Chevron
6-Jun-2013 Bernama
Argentina’s Supreme Court revoked a US$19 billion embargo on the assets and future income of Chevron Corp.’s Argentina subsidiary, giving the US oil giant a victory in a decades-old battle with indigenous groups in Ecuador.
Brazil admits postponing free trade with Argentina
25-Apr-2013 Folha de S.Paulo
The Minister of Development, Industry and Foreign Commerce, Fernando Pimentel, suggested that Brazil could postpone the date the auto parts and automobile free trade agreement between Brazil and Argentina will become effective - the scheduled date is July.
Cristina Fernandez delaying Mercosur/EU discussions for a free trade agreement
28-Jan-2013
Argentine president Cristina Fernandez downplayed immediate discussions for the trade and cooperation agreement between EU and Mercosur arguing that the South American block should elaborate and discuss new proposals to be presented to the Europe Union on the last quarter of this year.
Argentina faces 65bn dollars in claims; plans to abandon international litigations court
29-Nov-2012
Argentina faces 42 claims at the World Bank’s ICSID in which the plaintiffs are demanding compensations for almost 65 billion dollars, revealed Eduardo Barcesat legal advisor to the Argentine Treasury and one of several lawyers who has defended the country in those litigations.
Argentina: Loss of sovereignty
26-Nov-2012 Página 12
The neoliberal political plan, of which BITs are an integral and specific component, is highly incompatible with the nation-state and furthermore with the national-democratic state.
Argentina: Unidad Popular thinks the country should withdraw from ICSID
9-Nov-2012 Parlamentario.com
During a public hearing, a member of parliament, Claudio Lozano made the request to follow in the footsteps of countries such as China, India and Brazil, all countries that have not ratified bilateral investment treaties.
BITs and ICSID: transnational-friendly justice
7-Nov-2012 Observatorio Petrolero Sur
It is necessary to debate these issues and raise awareness on the effects of foreign investment, on the implications of BITs and ICSID as a means of consolidating our dependency.
Azerbaijan, Argentina sign agreement on trade and economic cooperation
28-Jul-2012
The Azerbaijani and Argentine foreign ministers signed an intergovernmental agreement on cooperation in trade-economic sphere.
Brazil targets Argentina with trade licenses
14-May-2012
Brazil on Monday escalated a growing trade fight with Argentina by increasing the bureaucratic obstacles for importing about 10 perishable products including apples, raisins, and potatoes, a senior Brazilian government official told Reuters.
Argentina: Towards a possible new withdrawal from ICSID?
2-May-2012
As long as States, like Argentina and many others, accumulate a large amount of cases against them or obtain sistematically wrong results before ICSID arbitrators — which is the rule, with a very few exceptions — it is possible that the list of ICSID withdrawals will increase in the Americas.
EU’s De Gucht: Argentina Risks Jeopardizing Trade Ties
24-Apr-2012
The European Union has warned Argentina that it risks jeopardizing trade ties over Buenos Aires’ plans to expropriate a unit of Spanish oil company Repsol YPF SA (REP.MC) and impose a series of import restrictions and that Brussels stands ready to take retaliatory action.
Argentine YPF move threatens to sour EU-Mercosur trade talks
20-Apr-2012
Argentina’s move to nationalize a 51% stake in the country’s YPF oil company from Spain’s Repsol this week may hamper efforts to finalize free-trade talks between the European Union and the Mercosur trade bloc later this year, European officials said Friday.
’We can’t even manage to send a lemon to the US,’ CFK
1-Apr-2012
President Cristina Fernández de Kirchner questioned US president Barack Obama’s recent decision to suspend trade benefits for Argentina, while complaining that “we can’t even manage to get one of our lemons to enter the US market.”
US suspends Argentina from trade preference scheme
29-Mar-2012 ICTSD
Trade frictions are on the rise between Washington and Buenos Aires, after US President Barack Obama announced that the US would be suspending Argentina from its Generalised System of Preferences programme for failure to pay arbitration awards in two disputes involving US investors.
Obama says to suspend trade benefits for Argentina
26-Mar-2012
U.S. President Barack Obama said on Monday he was suspending trade benefits for Argentina because of the South American country’s failure to pay more than $300 million in compensation awards in two disputes involving American investors.
US eyes suspending trade benefits for Argentina
21-Mar-2012
The United States could soon suspend trade benefits for Argentina because of that country’s failure to pay awards in two long-running investment disputes with U.S. companies, a U.S. trade official said on Monday.
Come and get me: Argentina is putting international arbitration to the test
17-Feb-2012 The Economist
Argentina has never threatened to quit ICSID. Its government insists it is open to honouring the awards. The only delay, it says, is that the claimants have not brought their rulings to a local court for collection.
Argentina new imports’ restrictions come into effect; claims from Mercosur
5-Feb-2012
Argentina’s controversial new import restrictions came into effect on Wednesday as part of the legislation on the trading sector which gives the government bureaucracy more powers to control and restrict imports. 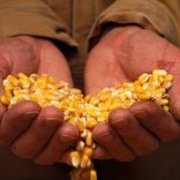