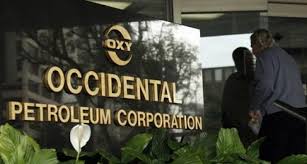 Stopping the corporate power grab — it’s not all just about TTIP
25-May-2015 The Ecologist
In the rush to oppose TTIP we mustn’t lose sight of the context in which the deal is being negotiated — the hundreds of bilateral treaties that give corporations the right to sue in secret ’trade courts’.
S. Korea to announce start of FTA talks with Ecuador, Central America
29-Apr-2015 Yonhap
South Korea will soon announce the start of negotiations for free trade agreements with Ecuador and six Central American countries as part of a plan to expand its presence in the region, the government said Wednesday.

Chevron’s "fight it out on the ice" strategy for Ecuador case is slipping, fast
28-Mar-2015 Huffington Post
In Chevron’s massive international arbitration directly against the government of Ecuador, it has gotten everything it has asked for from the panel of arbitrators — until last week.
EU-Ecuador FTA (2014): annotations and commitments
20-Feb-2015 European Commission