Ethiopia wins major International Court case against Israeli firm ICL
15-Aug-2021 The Reporter
The Hague based Permanent Court of Arbitration (PCA) passed its final judgment on Friday rejecting the Israel based mining company’s, Israel Chemical Limited (ICL) compensation claims filed against the government of Ethiopia.
Winshear seeks C$124,781,945 in damages from Tanzania
15-Aug-2021 Globe Newswire
Winshear Gold Corp. has filed a case at ICSID against Tanzania for the expropriation of the company’s retention licenses, claiming the country has breached its obligations under the Tanzania-Canada BIT.
The limits of sovereignty
13-Aug-2021 Dawn
Terminating 23 BITs is an important step for Pakistan, but if relationships with the WTO, the IMF and the World Bank remain, economic efficiency will continue to be prioritised over social justice and the rights of citizens.
Discovery legal challenge escalates Poland-US media row
13-Aug-2021 Bloomberg
Draft law, regulator pose risks to Discovery’s unit in Poland but Polish watchdog says treaty exempts broadcast investments. 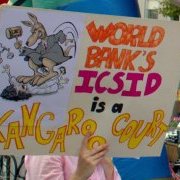 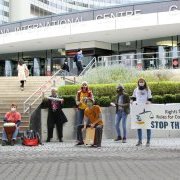 South’s concerns over ISDS reform process need to be addressed
10-Aug-2021 Third World Network
The broad mandate given by UNCITRAL focuses on a limited set of procedural issues that fails to address the substantive concerns over the crisis of legitimacy confronting the international investment regime, and ISDS more specifically.
The Irish Spanish Solar sues Spain in the ICSID for the cut in premiums to renewables
9-Aug-2021 Market Research Telecast
Spanish Solar demands compensation from the Spanish Government for having cut the premiums for the use of energy once the investments have been made.
Deep-sea salvage firm uses NAFTA to fight Mexican environmental rules
9-Aug-2021 The Maritime Executive
A lawsuit filed against the Mexican government for denying a permit for seabed mining has put a spotlight on the lack of international rules for such practices.
Protecting human and environmental rights in international investment agreements
9-Aug-2021 East Asia Forum
Human rights experts are particularly concerned about the asymmetric nature of the system and a lack of investors’ human rights obligations. Together with high ISDS costs and arbitral awards, they undermine states’ ability to realise economic, social, cultural and environmental rights. 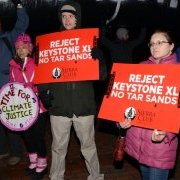 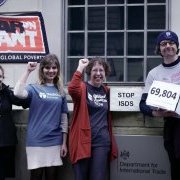 Corporate courts vs the environment
3-Aug-2021 Al Jazeera
Corporate courts were invented to protect the West’s control of the world against decolonisation. They are now undermining attempts to halt climate change.
Ex-Yukos unit wins new $5 billion court judgement against Russia
30-Jul-2021 Bloomberg
The Permanent Court of Arbitration ruled that Russia illegally expropriated loans provided by Yukos Capital Sarl to its former parent company.
White farmer enlists US federal court in enforcing US$277m arbitral award against Zimbabwe
28-Jul-2021 Bulawayo
Bernhard von Pezold and his family have enlisted the help of a US federal court in Washington DC in enforcing a US$277 million arbitral award against Zimbabwe.
Ancient Romanian gold mine given UNESCO protection
28-Jul-2021 Balkan Insight
The derailment of the plans led Canadian mining company Gabriel Resources to sue the Romanian government for $5.7 billion before the Washington-based ICSID.
Indiana Resources : Compensation claim of AU$127m lodged against Tanzania
27-Jul-2021 Market Screener
Indiana Resources files a memorial on the arbitration with Tanzania over the expropriation of the Ntaka Hill Nickel Project, whereby it claims the amount of AU$127 million, including interest which continues to accrue.
0 | ... | 40 | 60 | 80 | 100 | 120 | 140 | 160 | 180 | 200 | ... | 2140
Subscribe to bilaterals.org weekly