Chevron takes Ecuador fight to arbitrators
24-Sep-2009 Financial Times
Chevron, the world’s third biggest oil company, said it had filed an international arbitration claim against the government of Ecuador, citing violations of the country’s obligations under the US-Ecuador bilateral investment treaty, investment agreements and international law.
ICSID rejects Turkish Co $756m claim against Pak
7-Sep-2009
An arbitral tribunal appointed by the International Centre for Settlement of Investment Disputes (lCSID) of the World Bank hearing a claim brought by a Turkish investor against the Islamic Republic of Pakistan has rejected all claims for breach of a bilateral investment treaty between the two countries.
Corn Products awarded damages in NAFTA dispute
21-Aug-2009 World-Grain.com
US-based Corn Products International has been awarded damages of over $58m in a dispute with Mexico over violations of the North America Free Trade Agreement.
Ecuador shakes up international fora
6-Aug-2009 ICTSD
Exiting ICSID and joining ALBA and UNASUR,along with the customs restrictions it applied on its CAN neighbours, are the recent measures that have been taken by the government of Ecuador to demonstrate that there is an alternative trade policy.
When managed investment funds are not "investors" for the purpose of seeking protection under BITs
30-Jun-2009 Clayton Utz
Some managed investment funds may not be able to seek protection under bilateral investment treaties when investing abroad, according to a recent award rendered in an investment treaty arbitration between a various Spanish investment funds and the Russian Federation (Renta 4 S.V.S.A v Russian Federation).
Argentine crisis arbitration awards pile up, but investors still wait for a payout
25-Jun-2009 Law.com
It’s time for the US Department of State to pressure Argentina to comply with its treaty obligations, some lawyers suggest. 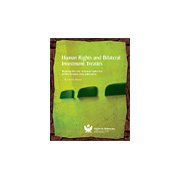 Human rights and BITs: Mapping the role of human rights law within investor-state arbitration
22-Jun-2009 Rights & Democracy
Investment treaties and free trade agreements offer few instructions as to how such agreements should be reconciled with human rights obligations of the state.
Goldcorp loses bid for $50 mln NAFTA compensation
11-Jun-2009 Reuters
A unit of Goldcorp has lost a bid to get $50 million in compensation after a US trade tribunal rejected claims the gold miner’s operations were hampered by environmental regulations
Do bilateral investment treaties lead to more foreign investment?
1-May-2009 ITN
The global network of over 2800 bilateral investment treaties has been built on the basis of promoting foreign direct investment, and yet, after a decade of research, whether in fact BITs lead to an increase in FDI flows is a matter of debate. ITN has posed a few questions to three academics for their views on the relationship between BITs, FDI flows and sustainable development.
Will Dow challenge Quebec pesticide law?
3-Apr-2009
Dow AgroSciences is mulling over a NAFTA challenge to Quebec’s law banning the cosmetic use of pesticides, setting a spotlight on one of the most controversial clauses of the trade agreement among Canada, the United States and Mexico.
ASEAN Comprehensive Investment Agreement (February 2009)
26-Feb-2009 ASEAN
Human Rights and Bilateral Investment Treaties: Mapping the role of human rights law within investor-state arbitration
21-Feb-2009 Rights and Democracy
Profiles a series of lawsuits that have arisen between foreign investors and their host states — where state compliance with investment treaty obligations is in question and where human rights concerns have resulted from investment projects.
US trade policies limit 52 governments’ use of capital controls to fight financial crisis
13-Feb-2009 IPS
As the global economy descends further into crisis, a new report finds that U.S. trade and investment agreements with 52 countries have removed one tool that has proved effective in past crises: capital controls.
Ottawa involved in AbitibiBowater dispute, Day says
29-Jan-2009
The federal government has confirmed it is now playing a part to help resolve a dispute between AbitibiBowater and the Newfoundland and Labrador government.
The UK tight-lipped over dispute with an Indian investor
23-Jan-2009 ITN
The United Kingdom has formally declined to release a notice of arbitration delivered by an Indian citizen under the UK-India bilateral investment treaty, explaining that it would likely “prejudice relations between the United Kingdom and an international organisation; UNCITRAL.”
Tribunal rejects Ecuador’s jurisdictional objections in dispute with Chevron
6-Jan-2009 ITN
A tribunal has determined that it holds jurisdiction to hear a claim brought by Chevron Corporation against Ecuador for alleged violations of the Ecuador-United States bilateral investment treaty (BIT).
Argentina takes the offensive as Siemens pleads guilty to corruption charges
24-Dec-2008 ITN
Argentina has refused calls by Siemens to suspend proceedings at the International Centre for the Settlement of Investment Disputes (ICSID) in which a committee is considering Argentina’s request to revise a 2007 award, following the admission by the German firm that it had bribed Argentinean officials.
Glitch in the system: Ecuador’s conscientious default
24-Dec-2008
When the government of Ecuador failed to make a scheduled interest payment on private bonds this month, it was hardly the first time a country had defaulted in the middle of a financial crisis. 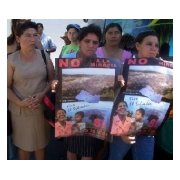 Canadian company threatens El Salvador with CAFTA lawsuit over mining project
22-Dec-2008 Upside Down World
A Canadian mining company intends to sue El Salvador’s government for several hundred million dollars if it is not granted permission to open a widely unpopular gold and silver mine that scientists warn would have devastating effects on local water supplies.
El Salvador warned of CAFTA-DR lawsuit by mining company
13-Dec-2008
A Canadian mining company and its American subsidiary have threatened the government of El Salvador with a lawsuit after it failed to receive regulatory approval to begin digging for gold and silver in an area some 65 km from San Salvador. The proposed mine has drawn intense opposition from civil society and church-based groups, although the mining company maintains that it enjoys broad public support in El Salvador.
0 | ... | 1900 | 1920 | 1940 | 1960 | 1980 | 2000 | 2020 | 2040 | 2060 | ... | 2120
Subscribe to bilaterals.org weekly