Mustaqeem de Gama, South African Mission in Geneva: “It is a bad idea for any African country to consider signing the Energy Charter Treaty”
23-Feb-2021 Investigate Europe
Joining the Energy Charter Treaty is not in the public interest, according to South Africa’s government. It has also cancelled other agreements that allowed foreign investors to sue their state. This has not stopped investors from coming, says Mustaqeem de Gama. 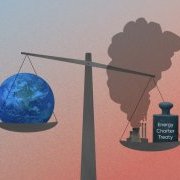 Take action to end the climate-killing Energy Charter Treaty
23-Feb-2021 CEO
Sign the petition to pull out of the Energy Charter Treaty and stop its expansion to other countries!
How Energy Treaty ’shadow’ courts prolong EU’s fossil age
23-Feb-2021 EU Observer
The treaty enables companies to claim billions in compensation from states in front of international arbitration tribunals, if they feel unfairly treated by the states’ energy or climate policies.
Agreement for the promotion, protection and guarantee of investment among member states of the Organization of the Islamic Conference (Jun 1981)
19-Feb-2021 Organisation of Islamic Cooperation
India to contest Cairn Energy arbitration award, lawsuits in international court
19-Feb-2021 Mint
The move signals the government’s resolve to defend its sovereign rights in taxation. The government has kept open possibility of settling the dispute within existing Indian laws. 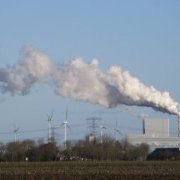 Join the movement and sign the petition to #EndFossilProtection
17-Feb-2021 bilaterals.org
A petition to ensure the Energy Charter Treaty will no longer be used against EU climate and energy policies is now available for supporters on the European Parliament website.
Cairn Energy files case in US to push India to pay $1.2 billion award
17-Feb-2021 Mint
Cairn Energy has filed a case in a US district court to enforce a $1.2 billion arbitration award it won in a tax dispute against India, a court document showed, ratcheting up pressure on the government to pay its dues. 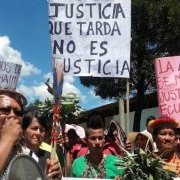 Commemoration of 10th anniversary of the first judgment declaring Texaco-Chevron guilty for its crime in the Ecuadorian Amazon
17-Feb-2021 UDAPT
Ten years have passed since the judgment of Lago Agrio. Until today the oil company refuses to comply with the judgement; and, in turn, has chosen to activate a whole system that guarantees corporate impunity.
Chinese company claims US$55m from Ghana for cancellation of traffic management contract
17-Feb-2021 Ghana Web
A Chinese-based construction company, Beijing Everyway Traffic and Lighting Tech Co Ltd is claiming USD55 million from Ghana for cancelling a contract it awarded it to develop an intelligent traffic management system for the country.
Shell files arbitration claim against Nigeria over spill dispute
17-Feb-2021 The Star
ROYAL Dutch Shell Plc launched arbitration proceedings against the Nigerian government over a long-running community dispute.
EU readies reforms to energy treaty as climate criticisms mount
16-Feb-2021 Reuters
Some governments have said the bloc should consider quitting the agreement because the treaty could threaten climate goals.
Record year for arbitration cases registered with ICSID
15-Feb-2021 Out-Law
According to ICSID, there were 58 new cases registered with it last year, up from the previous record high of 56 in 2018 and the 39 recorded in 2019.
What do trade deals mean for FDI?
12-Feb-2021 Investment Monitor
Categorical claims about the impact of trade deals on FDI are not supported by the evidence, which paints a nuanced and sometimes contradictory picture.
SK Innovation considers arbitration proceedings against Peruvian government
12-Feb-2021 Korea Herald
SK Innovation is considering initiating international arbitration proceedings against the Peruvian government for blocking the company’s exit from Camisea Gas Project in Peru.
Boholiubov, Kolomoisky intend to file $23 mln suit against the United States with ICSID for forfeiture actions targeting their assets – media
10-Feb-2021 Interfax
US Optima Ventures intend to file a lawsuit against the United States seeking compensation of $23 million in response to two civil forfeiture actions targeting their assets in Louisville. 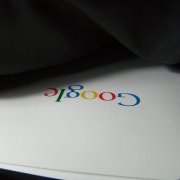 Google could use ISDS to sue Australia for millions over regulation for payment of news content
9-Feb-2021 AFTINET
Google’s Singapore subsidiary could use a controversial ISDS provision in the Singapore-Australia Free Trade Agreement to demand millions in compensation over proposed Australian regulation for payment of news content.
Q&A: Int’l arbitration expert on Alberta’s threat of ’slam-dunk’ case v. USA over Keystone veto
8-Feb-2021 West Law
Alberta’s Premier said that the Canadian province, which has an equity in the now-canceled Keystone XL pipeline, may seek compensation under investor-protection provisions still in effect under NAFTA
PTI govt has not signed or ratified any BIT as yet
8-Feb-2021 Business Recorder
Sources said that the government will have its own template for a BIT, which will replace the existing treaties with different countries.
How Google could sue Australia for billions
4-Feb-2021 Australian Financial Review
Google and Facebook could sue the government for billions of dollars over a proposed law to force the digital giants to pay publishers for displaying news content, by seizing on investment clauses in the Australia-Singapore trade agreement.
France puts EU withdrawal from Energy Charter Treaty on the table
4-Feb-2021 Euractiv
The European Union and its member states should draw the consequences of the current stalemate in multilateral talks aimed at reforming the Energy Charter Treaty and consider a coordinated withdrawal, Paris has said
0 | ... | 120 | 140 | 160 | 180 | 200 | 220 | 240 | 260 | 280 | ... | 2120
Subscribe to bilaterals.org weekly