Investor-State dispute settlement and impact on investment rulemaking
9-Jan-2008 UNCTAD
The experience with the investor-State dispute settlement of a number of countries, mostly in the Asia-Pacific region, is influencing the development of new international investment agreements in those countries
Zimbabwe admits breach of law against Dutch farmers
17-Nov-2007 AllAfrica.com
The Zimbabwe government has admitted that it wronged white commercial farmers when it violently evicted them from their farms at the height of Zanu PF-instigated land invasions in 2000. 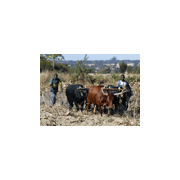 Zimbabwe farmers a step closer to compensation
9-Nov-2007 FWI
A group of Dutch farmers is one step closer to gaining compensation for land and farms lost to the government of Zimbabwe, after a recent hearing in Paris.
US couple sues over income-trust taxes
31-Oct-2007 Globe and Mail
A Chicago couple is launching a challenge under the North American Free Trade Agreement after they lost money when the Canadian government opted to tax income trusts last year.
Zimbabwe: White farmers appeal to Sadc
13-Oct-2007 AllAfrica.com
The last remaining white commercial farmers have appealed to the regional Southern African Development Community (Sadc) Tribunal in an effort to stop government from expropriating their properties.
Interview: Argentina seeks diplomatic exit from ICSID suits
12-Oct-2007 Dow Jones
Facing a flood of unfavorable arbitration rulings, Argentina is shifting from a legal strategy to a diplomatic one in a bid to dismiss billions of dollars in foreign investor claims arising from its 2002 financial crisis.
Sempra Energy awarded $172 million in Argentine arbitration
3-Oct-2007 CNN
The International Centre for Settlement of Investment Disputes in Washington DC has awarded Sempra Energy approximately $172 million, including interest, to settle a 2002 dispute involving the company’s 43-percent ownership in two Argentine natural gas holding companies, Sodigas Pampeana and Sodigas Sur.
Pakistan, US enhance cooperation: Teams formed to finalise trade, economic issues
13-Sep-2007 Daily Times
Pakistan and United States on Wednesday constituted sub-groups of high officials from both the countries to pave the way for early finalisation of issues regarding trade and economic cooperation
Permanent Court of Arbitration to set up facility in Singapore
11-Sep-2007 Channel News Asia
With rapid growth in the Asian economies, it is inevitable that legal issues and disputes to matters like investment treaties will arise as more and more parties enter into cross-border contracts and agreements.
Vivendi wins decade-long Argentina legal battle
24-Aug-2007 Polaris Institute
French media and telecoms group Vivendi said on Tuesday it had been awarded $105 million in compensation at the end of a decade-long dispute with Argentinian authorities about a former water concession.
WB junks Fraport’s Naia 3 claim
19-Aug-2007 PDI
The World Bank has dismissed the claim for compensation from the Philippine government over the Naia Terminal 3 project of Germany’s Frankfurt Airport Services Worldwide (Fraport) 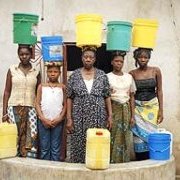 The water margin
17-Aug-2007 The Guardian
Tanzania was glad to secure the services of a British-led consortium to run the newly privatised water system in its capital Dar es Salaam. But then the price of water started to rise
Investor-state dispute settlement rewritten to favor US
5-Jul-2007
With Seoul and Washington concluding their renegotiation of the Korea-US free trade agreement (FTA), it has been confirmed there were some ‘‘unfair parts’’ added to the economic deal under which investors of both sides are not treated equally in their respective countries.
Bias seen in int’l dispute arbiters
25-Jun-2007
A little known entity closely affiliated with the World Bank that mediates disputes between sovereign nations and foreign investors appears to be skewed toward corporations in Northern countries, according to an IPS review of pending cases and other independent analyses of the tribunals.
NAFTA claim dismissed, dicey clause remains
15-Jun-2007
A seven-year legal battle by the US postal carrier United Parcel Service of America (UPS) against Canada, brought under a controversial free trade agreement, has been dismissed, but advocacy groups say a provision that allows corporations to sue for lost profits should be permanently dropped.
Canada Post NAFTA win sets precedent
14-Jun-2007
A landmark NAFTA decision this week dismissing allegations that Canada Post is competing unfairly has significantly restricted the rights of foreign investors to elbow their way into markets served by Crown corporations and other government enterprises.
Ecuador pursues trade-preference extension but faces critics in Congress
12-Jun-2007
Ecuador is furiously lobbying members of Congress to extend trade preferences, set to run out at the end of the month, that are intended to counter narcotics trafficking.
NAFTA Chapter 11 investor-state disputes
23-May-2007 CCPA
Table of all disputes and their status as of 1 March 2007
The ultimate risks of water privatization
17-May-2007 Jakarta Post
MNCs can always refer to Bilateral Investment Treaty (BIT) to which Indonesia is a party and use the "umbrella clause" in the BIT to transform a problem that was originally a contractual dispute into an international investment dispute.
Torched accord
11-May-2007
A recently spawned legal battle between Slovakia and Madeta, the Czech Republic’s largest dairy processor, has led to a discovery that, for the past 10 years, Slovakia has not honored a trade agreement signed between the countries during the Velvet Divorce.
0 | ... | 1940 | 1960 | 1980 | 2000 | 2020 | 2040 | 2060 | 2080 | 2100 | ... | 2120
Subscribe to bilaterals.org weekly