Tanzania: Thirsty for justice
24-Nov-2008 Multinational Monitor
British water giant Biwater cannot use an investment treaty to make Tanzania pay millions for an abrogated water privatization contract, an international tribunal ruled in July.
Out of order
19-Nov-2008 FDI Magazine
Is there a backlash brewing against the international legal system used by states and investors to settle FDI disputes? For several years, lawyers and academics have been debating whether the current system - consisting of more than 2600 bilateral investment protection treaties - is ensuring the security and protection of investor assets and contracts without unnecessarily handcuffing the sovereignty of governments to regulate business activity within their borders.
Investment protection - Bilateral Investment Treaties
5-Nov-2008
There is a Slovak proverb which says: “When catching a bird, they sing it a sweet song”. Another Slovak proverb says: “Those who want to beat a dog will certainly find a club“. For investors who find themselves in a situation similar to that described by these proverbs, the bilateral investment treaties (“BITs”) very often provide the last available legal option. A BIT is an agreement establishing the terms and conditions for private investment by nationals and companies of one state in the state of the other.
Quebec herbicide ban violates NAFTA, pesticide maker alleges
23-Oct-2008 CBC
Dow AgroSciences, maker of the commonly used herbicide ingredient 2,4-D, is challenging the Quebec government under the North American Free Trade Agreement for banning its product.
The wrongful acts of independent state entitites
12-Oct-2008
In spite of the fact that consent is the main building block of arbitration, arbitral awards have been steady for some years that a claimant need not have a contractual relationship with a respondent state to initiate arbitral proceedings versus this state, i.e. states unexpectedly were made respondents in arbitrations under arbitration clauses they have never approved or even bargained.
Dominican Government loses court round in US$680M suit
8-Oct-2008 Dominican Republic Lawyer
An arbitration tribunal constituted under the France-Dominican Republic Bilateral Investment Treaty released an award last week ruling on the jurisdictional objections raised by the Dominican Republic in a claim brought by TCW and its parent company.
Ecuador’s new constitution and international arbitration
6-Oct-2008 International Law Reporter
Ecuador’s new constitution provides that Ecuador will not enter into international agreements under which Ecuador would have to cede jurisdiction to international arbitral tribunals in contractual or commercial matters between the State and individuals or corporations.
German investors remain lukewarm until Fraport is ‘fairly compensated’
28-Sep-2008
Until the Philippine government and Fraport AG (Frankfurt Airport Services Worldwide) have resolved all the legal issues and Fraport fairly compensated, the NAIA Terminal 3 is unlikely to attract long term locators, according to German ambassador to the Philippines Christian Ludwig Weber-Lortsch.
Ecuador: Icsid panel claims it has jurisdiction in OXY case
11-Sep-2008 Dow Jones Newswires
A panel from the World Bank’s International Center for Settlement of Investment Disputes, or Icsid, said late Tuesday that it has jurisdiction for the claim of the US-based oil company Occidental Petroleum Corp. (OXY) against Ecuador.
Biwater fails in Tanzanian damages claim
28-Jul-2008
A British water company thrown out of Tanzania over a bungled privatisation deal has failed in its bid to win up to £10m in damages.
BITs and peace: The connection
22-May-2008
How beneficial are Bilateral Investment Treaties (BITs) for Contracting states remains a hotly debated issue, threatening to eclipse the success due to misgivings generated largely by the Latin American experience.
US trade expert finds fishhooks in FTA
28-Apr-2008 Scoop
While media coverage of the China-NZ Free Trade Agreement has focused almost entirely on the possible dollar gains, scant attention has been paid to the equally valid exposure of New Zealand to compensation claims — should any NZ government be so bold in future as to pass laws or regulations that a foreign investor feels will impact on profitability.
Experts: Exxon case has to be addressed in the ICSID
9-Apr-2008
While it is a US company, Exxon Mobil is entitled to invoke protection under the Netherlands-Venezuela Investment Promotion and Protection Convention, which guarantees resolution of Exxon Mobil’s dispute with Venezuela in the International Center for Settlement of Investment Disputes (ICSID).
NAFTA clause that allows companies to sue governments draws flak
22-Mar-2008
When agribusiness giant Archer Daniels Midland Co. quietly filed court documents this month to overturn — and increase — a multi-million-dollar trade penalty it won against the Mexican government, the move shone a light on Chapter 11, perhaps the most controversial clause in the North American Free Trade Agreement.
Canada strengthens investor protections
20-Mar-2008 Mondaq
Canada has just passed legislation implementing the ICSID Convention, a very important tool for the resolution of investor-state disputes. But the government has not yet indicated a timetable for ratification of the treaty. To date, only four provinces and one territory have passed similar implementing legislation.
Venezuela: Gov’t celebrates British ruling against Exxon
19-Mar-2008 IPS
Venezuela celebrated, as a triumph for countries of the developing South, Tuesday’s ruling in its favour by a British court in a legal dispute with US oil giant Exxon Mobil, which overturned an earlier court order to freeze around 12 billion dollars in Venezuelan assets. 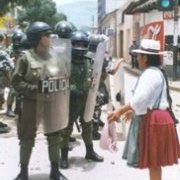 The story of a Dutch letterbox which could cost Bolivia a fortune
7-Mar-2008 Corporate Europe Observatory
Running their business via a letterbox company in the Netherlands, transnational corporations profit from the corporate-friendly Dutch tax regime and bilateral investment treaties the Netherlands has with third countries. Euro Telecom Italia (ETI), a subsidiary of Italian telecoms giant ENTEL, is one such letterbox company. ETI recently lodged a complaint with the World Bank tribunal ICSID against Bolivia for compensation, after the Bolivian government had launched a review the company’s much-criticised performance and attempted to negotiate a buy back of what used to be a public telecommunications company.
Govt may face ‘claims worth billions’ from foreign firms
7-Feb-2008 Engineering News
Foreign companies operating in South Africa that have lost production and ultimately profit as a result of the power supply crisis might be able to sue the government under bilateral investment treaties
Investor-State dispute settlement and impact on investment rulemaking
9-Jan-2008 UNCTAD
The experience with the investor-State dispute settlement of a number of countries, mostly in the Asia-Pacific region, is influencing the development of new international investment agreements in those countries
Zimbabwe admits breach of law against Dutch farmers
17-Nov-2007 AllAfrica.com
The Zimbabwe government has admitted that it wronged white commercial farmers when it violently evicted them from their farms at the height of Zanu PF-instigated land invasions in 2000.
0 | ... | 1940 | 1960 | 1980 | 2000 | 2020 | 2040 | 2060 | 2080 | 2100 | ... | 2140
Subscribe to bilaterals.org weekly