Energy Charter Treaty strikes again as Uniper sues Netherlands over coal phase-out
19-Apr-2021 Euractiv
German energy company Uniper has confirmed its intention to sue the Dutch government over the country’s planned coal phase-out.
Oil companies don’t deserve reparations for fossil fuel bans. They’ll still want them
19-Apr-2021 The Guardian
Energy conglomerates have recourse to special courts and legal regimes that they helped design – and they won’t go down without a fight.
NAFTA-investor lawsuits cost Canada at least $376 million: report
16-Apr-2021 iPolitics
NAFTA-investor lawsuits have cost Canadian taxpayers more than $376 million over the last 25 years, and could cost even more in the years ahead. Barrick forces hand of Papua New Guinea government in reopening Porgera mine
7-Apr-2021 Mining Watch
Referring repeatedly to legal threats by Barrick Gold Corp., Prime Minister Papua New Guinea released a statement announcing that his government will be making a deal with the company in regard to the Porgera Joint Venture gold mine. A brief history of globalisation
6-Apr-2021 Investment Monitor
Investment treaties largely replaced colonial gunboats as a way to continue to exploit the resources of foreign countries. 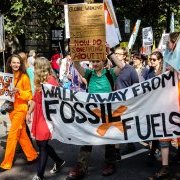 How corporate courts block climate action
1-Apr-2021 Global Justice Now
Corporate courts are an unjust mechanism that can block climate action. The UK should reject them.
Sovereign states on a leash
1-Apr-2021 The Mint
The overreach on display in the aggressive use of ISDS lawsuits by multinational corporations is just one part of a broader trend in recent decades in which the ability of states to regulate their economies in their own interests.
Most of BITs to be scrapped
25-Mar-2021 Business Recorder
Pakistan has reportedly decided to scrap most of its existing Bilateral Investment Treaties as these pacts are shrinking the government’s policy space with respect to adopting measures of public interest.
Panthera Resources notes passing of new minerals bill in India, presses on with litigation in regard to Bhukia
24-Mar-2021 Proactive
The company has appointed a leading international law firm to advise the company of its legal options, and in particular, the Australian Bilateral Investment Treaty.
Ascent Resources starts arbitration process against Slovenia, claims over €100mn damages
24-Mar-2021 Total Slovenia News
The British company pursues its investment treaty claim under the UK-Slovenia bilateral investment treaty and the Energy Charter Treaty.
A new environmentalist playbook
24-Mar-2021 The American Prospect
An improbable victory in El Salvador offers lessons for grassroots activists worldwide.
India files appeal against $1.4-bn Cairn arbitration award
23-Mar-2021 Live Mint
India is believed to have challenged in a court in The Hague an arbitration tribunal verdict that overturned its demand for ₹10,247 crore in back taxes from Cairn Energy Plc — the second time in three months that it has refused to accept an international award against retrospective tax.
Egypt’s Damietta liquefaction plant agreement enters into force
19-Mar-2021 Egypt Today
The Egyptian Ministry of Petroleum and Mineral Resources announced the entry into force of the agreement related to the Damietta Liquefaction Plant, and the settlement of all claims.
India has till mid-April to appeal against Cairn award on limited ground
19-Mar-2021 Business Standard
India has time till mid-April to file an appeal against an international arbitration tribunal ordering it to repay UK’s Cairn Energy Plc USD 1.2 billion-plus interest and cost, but the challenge can only be on limited grounds such as procedure not being followed.
0 | ... | 80 | 100 | 120 | 140 | 160 | 180 | 200 | 220 | 240 | ... | 2120
Subscribe to bilaterals.org weekly