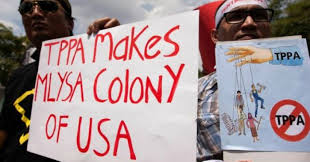 Towards a people’s charter on trade
6-Jun-2017 Aliran
Free trade agreements have been the battering rams that have been used by the political elite of advanced countries to create a lop-sided economy that favours billionaires.