China-Mauritius FTA feasibility research comes to positive end
26-May-2017 Xinhua
China takes FTAs as a platform for opening wider to the world and an effective approach to integrate into the global economy and strengthen cooperation with other economies.

A BIT too late
16-Aug-2016 Financial Express
It is likely that the Antrix case — which could see the Government of India paying $1 billion if it loses — would have had a different outcome had the new model BIT been at issue.

Statement by Bechtel on Dabhol settlement
19-Jul-2015 Bechtel
In exchange for $160 million in compensation for its equity and contractor claims, Bechtel agreed to forgo international arbitration over the expropriation of its investment.
Mauritius keen to sign free trade accord
28-Dec-2013
Mauritius is keen to develop economic relations with Pakistan and enter into a free-trade agreement (FTA) to tap the bilateral trade potential, Mauritius Deputy Prime Minister Dr Ahmad Rashid Beebeejaun said on Saturday.
Firm makes history after suing Mauritius in Comesa Court of Justice
11-Jan-2013
Kenyan firms — regardless of their size — can now sue the government in the Common Market for Southern Africa (Comesa) Court of Justice, the highest in the intergovernmental organisation, if its actions break rules of the trading bloc.

India, Mauritius to meet next month to review tax treaty
10-Jan-2013 PTI
India and Mauritius will meet next month in the capital to review the bilateral Double Taxation Avoidance Convention (DTAC) which seeks to prevent misuse of the provisions of the near three-decade old treaty.
KCCI urges signing of FTA with Mauritius
3-Jan-2013 Daily Times
Karachi Chamber of Commerce and Industry urged to pave way forward to sign Free Trade Agreement between Pakistan and Mauritius.
Mauritius expresses interest for FTA with India
7-Jul-2012
Mauritius on Friday expressed interest to start talks for a free trade agreement with India.
Mauritius willing to reassess bilateral tax treaty with India
5-Jul-2012 NDTV
Mauritius says it is willing to walk the extra mile to address concerns of Indian tax authorities including reassessing the bilateral tax treaty with India to ensure it isn’t misused.
US, Mauritius hold TIFA consultations
21-Jan-2012 Tax News
The two governments agreed on a number of key issues, including conclusion of the BIT, negotiation of a joint statement on ICT principles, technical support on IPR, and development of a new AGOA strategy. 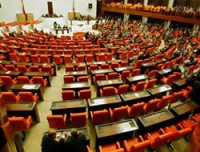 Agriculture agreement with Morocco rejected by the EU
9-Aug-2011 Green Med Journal
The Agriculture Committee of the European Parliament rejected yesterday the agreement for the liberalization of trade in agricultural and fishery products between Europe and Morocco. The decision must be ratified and voted in the European Parliament.
EU signs agreement with Eastern and Southern Africa
31-Aug-2009 Swedish Presidency of the EU
The EU has today signed an important trade agreement with four countries in Eastern and Southern Africa, namely Zimbabwe, Mauritius, Madagascar and Seychelles.
EU signs trade pact with southeast African nations
30-Aug-2009
The European Union signed a temporary trade pact Saturday with Mauritius, Seychelles, Zimbabwe and Madagascar calling for tariffs on European goods to be removed over the next 15 years.
Mauritian body contests EPA pact
29-Aug-2009
A Mauritian socio-political movement, "Rezistans ek Alternativ", Friday asked the Mauritian government to stop the interim Economic Partnership Agreement (EPA) with the European Union, planned to be signed Saturday at Grand Baie.
US launches investment treaty with Mauritius
7-Aug-2009 PTI News
Secretary of State Hillary Clinton has said that the US and Mauritius will begin negotiations for a Bilateral Investment Treaty (BIT) to strengthen investor protections and encourage the continuation of market-oriented economic reforms in the African nation.
NGO wants Mauritius to stop EPA negotiations with EU
8-Oct-2008
The Mauritian NGO, Rezistans ek Alternativ, has asked the government to stop the Economic Partnership Agreements (EPAs) process with the European Union (EU) in the midst of the financial, food and energy crisis.
0 | 20 | 40 | 60
Subscribe to bilaterals.org weekly