The Spanish juice industry is threatened by Mercosur
24-Jun-2019 Freshplaza
The Union of Unions of Agricultural Producers and Ranchers has expressed its concern to the Cabinet of the Commissioner of Commerce of the European Commission about the signing of trade agreements with third countries. It has done so by presenting two reports, one on the active materials banned in the EU which are allowed in third countries, and another on the impact of Mercosur.

Part 1 EU-Mercosur trade deal | the Bolsonaro era
28-May-2019 Arc2020
Unrestricted import of Argentinian beef or Brazilian soya could prove to be not only a major environmental risk, but also politically risky in poor, rural areas of Poland or East Germany.

Foreign Ministry: EU-Mercosur trade deal talks make ’progress in all areas’
23-May-2019 Buenos Aires Times
Government officials claims ’substantive advances’ have been made ’on most of the issues,’ as talks over long-awaited trade agreement drag on.

Mourão pledges to back Lebanon on Mercosur agreement
21-May-2019 MENAFN
The vice president of Brazil pledged to support the Arab country in entering into a free trade agreement with the Mercosur.

EU, Mercosur to close deal defying global trade war, Brazil says
9-May-2019 Bloomberg
Accord in principle may be reached as soon as next week. France is no longer a stumbling block to Brazilian demands on farm goods, says Brazil’s Foreign Trade Secretary. 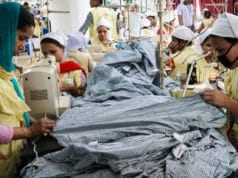 EU no closer to Mercosur deal but sees US beef quota fix in weeks
25-Feb-2019 Reuters
The EU was looking for concessions in relation to cars, car parts, rules of origins, public procurement, the maritime sector, dairy and geographic indications, ahead of a next round of negotiations in March. 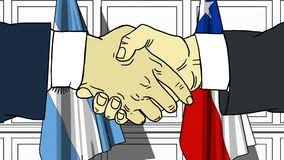