EU reassures Pacific on economic agreements
28-Oct-2008
The European Union has publicly assured Pacific island nations they are not at a disadvantage if they do not sign Economic Partnership Agreements.
OXFAM unconvinced by EU stand on EPAs
28-Oct-2008
New Zealand aid agency Oxfam is unconvinced by the European Union’s claims that forming Economic Partnership Agreements, or EPAs, will be in the best interests of the Pacific nations who choose to sign up.
Pacific ACP States committed to continue negotiating EPA with EU as single region
25-Oct-2008
The Pacific ACP States have reaffirmed their commitment to continue the negotiations of an Economic Partnership Agreement with the European Union “as a single region” based on existing negotiating positions as agreed last March.
Pacific ACP countries keen on single agreement with EU
25-Oct-2008
The Pacific members of the African Caribbean and Pacific group of nations that rely on aid assistance from the European Union say they will continue to push for a single Economic Partnership Agreement, or EPA, for the region.
Some Pacific Island countries still not ready for free trade
23-Oct-2008 Pacific Magazine
Not all Pacific Islands countries are ready to open their doors to free trade under the Pacific Island Countries Trade Agreement (PICTA), according to the Pacific Islands ACP Trade Ministers’ Meeting that was held in Fiji this week.
Economic partnership talks: Pacific tells Europeans to focus on what we can do
22-Sep-2008 Solomon Star
Pacific Island countries, including Solomon Islands, have told the European Union they remain committed to concluding a comprehensive Economic Partnership Agreement by year’s end. And because not all of them will sign up to the ‘trade in goods’ part, they want to focus on issues where agreement can be easiest reached.
What’s so new about Rudd’s Pacific policy?
20-Sep-2008
The Rudd Government has made much of its “new approach” to Australia’s island neighbours, but the view from the Pacific is that not much has changed.
Fair deals a Pacific pipedream
21-Aug-2008 Canberra Times
One juicy Australian-grown aid patty, some aromatic seasonal labour sauce all held together within the iron clad guarantee of two trade liberalising pieces of white bread and a smattering of forest carbon partnership-flavoured fries. What financially famished island state could resist?
Pacific civil society organisations statement on trade justice
20-Aug-2008
Pacific NGOs, churches and trade unions working on trade justice issues are concerned about the push for free trade agreements in the Pacific and the grave risk that these agreements pose for our people. 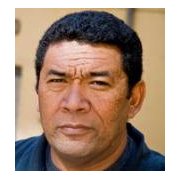 Fiji: Trade justice statement released
20-Aug-2008 Radio Fiji
Pacific NGOs, churches and unions have released a joint statement on trade justice in the Pacific warning of the costs of a free trade deal with Australia and NZ, and urging Pacific leaders to be wary that a new seasonal workers’ scheme could be used as a bargaining chip to enter free trade negotiations.
Viewpoint: Labour mobility deals
9-Aug-2008 Islands Business
Under pressure to sign on to new free trade agreements, Pacific Islands governments interested in securing positive outcomes for their peoples see deals on labour mobility as potential development gains. But is this the right approach? And what are the potential costs?
NGO says Australia bullying Pacific over free trade deal
6-Aug-2008 Pacific Magazine
Australia has been accused of trying to fast-track new free trade negotiations with Pacific Island countries at a recent regional trade ministers’ meeting in the Cook Islands.
Pacific ministers agree to broaden work on PACER
25-Jul-2008 RNZI
This may include setting up a regional office to focus on issues of traditional knowledge and intellectual property rights.
Sovereignty or solidarity? Pacific changes tack as Europe wins first round in trade talks
9-Jun-2008 Islands Business
Sovereignty must be partially surrendered if Pacific islands countries are to maintain solidarity in trade negotiations. Pacific countries who are members of the African, Caribbean and Pacific bloc of states had a rude realisation of this basic and age-old truth in their on-going negotiations with the European Commission for an economic partnership agreement.
Tuvalu ratifies Pacific trade agreement
28-Apr-2008 Radio Australia
Tuvalu has become the 11th Pacific Forum Country to ratify the Pacific Island Countries Trade Agreement (PICTA).
Pacific trade ministers slam EU Trade Commissioner Mandelson
18-Apr-2008 Pacific Network on Globalisation
New letters show extent of dissent among Pacific trade ministers as ministers accuse top EU trade official of being "domineering" and using divide and rule tactics to split the region.
Pacific: Trade ministers to finalise deals
1-Apr-2008 Fiji Times
Senior trade officials from around the Pacific region will finalise trade deals as an extension to the existing Pacific Islands Countries Trade Agreement by October.
Trade ministers band together
29-Mar-2008
The Pacific ACP Trade Ministers from the region have agreed to proceed as a group with negotiations of a comprehensive economic partnership agreement with the European Commission by the end of the year.
Summary of documents from “To oppose FTAs: Making people matter”
26-Mar-2008 APRN
APRN have uploaded some of the papers and PPT presented at the “To Oppose FTAs: Making People Matter” held last September 4-6, 2007 in Sydney, Australia.
Trade deals spark warning
4-Mar-2008
The Pacific Network on Globalisation warned Pacific governments to be wary of viewing Pacific Island Countries Trade Agreement as "stepping stone" towards free trade deals with rich nations.
0 | 20 | 40 | 60 | 80 | 100 | 120 | 140 | 160 | 180
Subscribe to bilaterals.org weekly