Rejecting free trade requires new forms of regionalism
13-Jun-2013 Islands Business
Papua New Guinea’s trade Minister, Richard Maru, recently set a cat amongst the pigeons by saying that PNG was not interested in the regional trade negotiations known as PACER-Plus. “We can’t export our taro there, they won’t accept our greens...There’s nothing to be gained from a trade agreement at the moment. ‘We cannot justify the huge amount of resources we expend on such negotiations. They are a complete waste of time.” 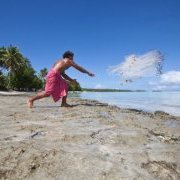 Pacific-EU trade relations on a knife edge
13-Jun-2013 ABC
Pacific trade ministers have still had no reply to their threat to pull out of long-running negotiations with Europe for an Economic Partnership Agreement.
Pacific countries urged to weigh up EPAs
20-Feb-2013
Pacific nations involved in negotiations for an Economic Partnership Agreement with the European Union are being warned that while it’s important negotiations are soon concluded, it’s more important to get the right outcome.
Pacific leaders urged to wrap up talks on trade deal
29-Aug-2012
Pacific members of the African, Caribbean and Pacific Group of States (ACP) were urged Tuesday to wrap up talks on a trade deal with the European Union this year.
Meeting vital to meet minsters deadline
24-Aug-2012
Pacific-African, Caribbean and Pacific (PACP) trade officials and ministers met in Nuku’alofa, Tonga earlier this month to discuss key issues, which included the Management of PACP Group, Fiji’s participation in the PACP and the Economic Partnership Agreement (EPA) negotiations with the EU.
Call to accelerate regional integration
28-Jul-2012
The Pacific Islands Forum Secretariat secretary general, Tuiloma Neroni Slade wants the region to intensify and accelerate its efforts towards regional integration.
Pacific region urges EC engagement for EPA progress
14-May-2012
The Pacific bloc of the African Caribbean and Pacific (ACP) grouping has urged the European Commission (EC) to officially respond to its proposals on the Economic Partnership Agreement (EPA) with the European Union (EU).
ACP calls for understanding from Europe
26-Mar-2012
Spirited calls from Parliamentary Members of the African, Caribbean and Pacific Group of States (ACP Group) have appealed for flexibility, empathy and "practical reason" from European authorities, regarding stalled free trade negotiations with their regions, an ACP statement said.
EU wants EPA concluded. But is the Pacific ready?
23-Jan-2012 Islands Business
Ten years of negotiations with the European Union for an economic partnership agreement and the Pacific members of the ACP group still haven’t got a permanent deal. 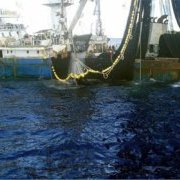 US, Pacific Islands hold next round of fishing negotiations
14-Jan-2012 FIS
The Pacific Islands Parties and the US are trying to reach a successor fish agreement following the US’s rejection of the Pacific’s proposal. Island nations are also seeking to solidify a regional strategy on fisheries for EPA negotiations with the European Union.
Pacific ACP Group to conclude comprehensive EPAs with the EU
5-Jan-2012 CTA
Following the 94th ACP Council of Ministers held December 2011 in Brussels, the Pacific region is committed to continue negotiating a comprehensive EPA as a single region. Negotiations will be concluded in 2012, as mandated by Pacific ACP Leaders in September 2011. 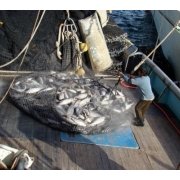 Fisheries remains key to Pacific trade negotiations
9-Aug-2011 Solomon Times
The Pacific ACP Trade Ministers, at their meeting in February 2011, agreed to continue negotiations of a comprehensive EPA with the EU as a single region with a view to concluding negotiations by the end of 2011. Fisheries is one of the key contentious issues for the Pacific region, and must be dealt with.
The future of ACP, Europe relations
26-Jul-2011
ACP–EU relations have been in existence for quite a while but what great gains has it achieved, for at least one of its small islands member in the Pacific, Palau, asks its former Vice President, Sandra Pierantozzi.
A-G questions agreement merits
1-Jul-2011
Attorney-General Aiyaz Sayed-Khaiyum has questioned the merits of trade agreements that serve to benefit the economically powerful more than developing economies.
PACER Plus ineffective without Fiji: AG
1-Jul-2011
Any regional economic agreement that excludes Fiji will be an ineffective instrument for trade and development says Trade Minister Aiyaz Sayed-Khaiyum.
Pacific ACP ready to sign EPA by year end
6-Jun-2011
Pacific ACP countries have again reiterated their commitments to conclude negotiations on the Economic Partnership Agreement (EPA) with the European Union (EU) by the end of the year.
Interim EPAs better for island countries
29-Mar-2011
A comprehensive Economic Partnership Agreement (EPA) with the European Union may not be possible for the region, Papua New Guinea believes.
0 | 20 | 40 | 60 | 80 | 100 | 120 | 140 | 160
Subscribe to bilaterals.org weekly