JPEPA: The Romulo-Koumora exchange of notes
9-Oct-2008 PhilStar
The basic norm of international law is that a party to a treaty cannot invoke its internal law, including its Constitution, as a justification for failure to perform its obligation under the treaty. Therefore, JPEPA will prevail over the Philippine Constitution.
Ecuador’s new constitution and international arbitration
6-Oct-2008 International Law Reporter
Ecuador’s new constitution provides that Ecuador will not enter into international agreements under which Ecuador would have to cede jurisdiction to international arbitral tribunals in contractual or commercial matters between the State and individuals or corporations.
Leave it and save RP sovereignty, senators urged on JPEPA
8-Sep-2008
As Sen. Miriam Santiago advises opposition senators to “love or leave” the Japan-Philippines Economic Partnership Agreement (JPEPA), research group IBON Foundation urges the Philippine Senate to choose the non-ratification of the deal and help reclaim the country’s economic sovereignty.
Peru: indigenous uprising claims victory — for now
22-Aug-2008 WW4 Report
Indigenous groups in Peru ended more than a week of militant protests Aug. 20 at key energy sites after lawmakers agreed to overturn a new land law issued by President Alan García, which sought to ease corporate access to communal territories. García had issued the law by decree earlier under special powers Congress granted him to bring Peruvian law into compliance with a new free-trade deal with the US. A congressional commission voted to revoke the law Aug. 19, and floor vote is expected later this week.
Japan agrees to amend trade treaty
18-Jun-2008 Manila Standard
Japan is willing to sign a side agreement with the Philippines to quiet concerns about provisions in a free-trade treaty deemed inconsistent with or violate the Philippine Constitution, an official said yesterday.
Sovereignty or solidarity? Pacific changes tack as Europe wins first round in trade talks
9-Jun-2008 Islands Business
Sovereignty must be partially surrendered if Pacific islands countries are to maintain solidarity in trade negotiations. Pacific countries who are members of the African, Caribbean and Pacific bloc of states had a rude realisation of this basic and age-old truth in their on-going negotiations with the European Commission for an economic partnership agreement.
Pacific trade ministers slam EU Trade Commissioner Mandelson
18-Apr-2008 Pacific Network on Globalisation
New letters show extent of dissent among Pacific trade ministers as ministers accuse top EU trade official of being "domineering" and using divide and rule tactics to split the region.
Declaration: UNASUR Seminar: conflicting interests
25-Mar-2008 ALAI
The social networks, social organisations and trade unions gathered together at the seminar: "UNASUR: conflicting interests" held in Rio de Janeiro, 12-13 March 2008 and reached the following conclusions
Free trade agreements and international investments
14-Mar-2008 Ecoportal
Developed countries see free trade agreements as forming part of a two-pronged strategy: to use international law to lay down market rules; and to give the appearance of legality to a system that allows States and their people to be exploited, robbed of their resources and wealth by excluding them from the international community and then legitimizing this exclusion
Investmt treaty threat to sovereignty, environment
5-Feb-2008 Scoop
The NZ Green Party is calling on Labour to halt discussions on an investment treaty because of the threat the treaty poses to our sovereignty and our environmental standards. This follows the announcement today that the United States is seriously considering joining negotiations about an investment treaty between the P4 treaty partners of New Zealand, Chile, Singapore and Brunei.
International trade tribunals seen trumping state laws
3-Dec-2007 Boston Globe
States around the US are growing increasingly worried about the threats posed to their laws and regulations by the secret tribunals that resolve disputes in international trade. "Free trade agreements are to state sovereignty and economic development what global climate change is to the environment and natural resources," said state Sen. Virginia Lyons, D-Chittenden.
More than a dilemma, the trilemma of globalizacion
5-Oct-2007 Alainet
While the defenders of conventional globalization proclaim its benefits, economic as much as political, in Latin America the conflicts generated by openness to trade and international finance are mounting concerning democracy and national autonomy.
Bolivia for sovereignty in EU talks
18-Sep-2007 Prensa Latina
The Bolivian Deputy Minister of Economic Relations and Foreign Trade Pablo Guzman said that his country will demand sovereignty of natural resources, public services and intellectual property in its negotiations with the European Union.
Stiglitz: FTAs advantageous to US
30-Aug-2007 The Edge
Nobel laureate and former World Bank chief economist Joseph Stiglitz believes that no country should enter into free trade agreements with the US, as none of the developing countries has benefited greatly from them.
Sign on: Reject JPEPA! Defend our people’s sovereignty!
16-Aug-2007 BISIG
We call on all freedom-loving Filipinos not to allow yet another surrender of our country to Japan. Reject the Japan-Philippines Economic Partnership Agreement!
Slipshod SK-US FTA negotiations must be halted
30-Mar-2007 Hankyoreh
Looking at what has been negotiated, it is clear the process is going to end in a way where Korea loses if things turn out well and loses even more if things don’t turn out well. 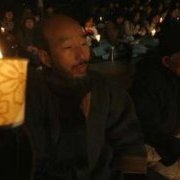 The US-Korea FTA’s public conclusion
20-Jan-2007 Hankyoreh
The FTA negotiations are nearing an end and, as a result, more Korean citizens are expressing their opposition to it. Even now, however, our government has yet to produce an effective proposal for how it would secure the public’s interest and welfare. Instead, it has actually become more secretive and is trying to quiet the opposition of civil society. Has it given up being a government at all?
Malaysia vows to guard sovereign rights in US trade talks - minister
17-Nov-2006 Forbes
Malaysia will not sign trade pacts with any country, including the United states, if it involves sacrificing the interest of the majority ethnic Malays, Trade Minister Rafidah Aziz said. 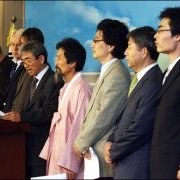 “Stop ROK-US FTA - making consumers exposed to serious food danger"
28-Oct-2006 VOP
While the 4th US-Kore FTA were in progress in Jeju Island, 101 scholars related to sociology issued a statement, urging the suspension of the negotiations. They noted that “the ROK-US FTA are highly universal problems directly related to the food safety and sovereignty of all people.”
Thinking the unthinkable about Canada’s future
20-Jul-2006 Global Research
With the thorough integration of the Canadian and US economies through NAFTA, and a common military command and control structure, Canadian sovereignty will cease to exist by definition.
0 | 20 | 40 | 60 | 80 | 100 | 120 | 140
Subscribe to bilaterals.org weekly