FTA with Singapore ’good’ for both
22-Nov-2009
A Free Trade Agreement (FTA) with Singapore would be beneficial because it would result in more opportunities with Sri Lanka, currently attempting to develop itself as a hub to India and a financial hub; particularly due to the country’s existing respective FTAs with India and with Pakistan, a top Singapore businessman has said.
Sri Lanka-Pakistan trade: Minor hiccups, major hindrance
8-Nov-2009
Negative trade balance is not always negative. It could be looked in a broader context said the Head of Chancery of the Pakistan High Commission in Sri Lanka Balal Akram. Referring to the negative trade balance between the countries which is favourable to Pakistan Akram said that 35 per cent of Sri Lankan imports from Pakistan are raw material for the apparel industry.
Sri Lanka: Gov’t, EU in back-channel talks over fate of trade pact
8-Nov-2009 IPS
Sri Lanka has reacted strongly to a European Commission (EC) probe on its human rights record, saying it is politically motivated. 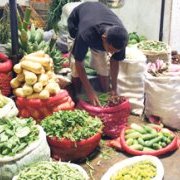 Indo-Sri Lanka FTA: Myths and realities
1-Sep-2008 Financial Times
This article is written in recognizing the numerous opinions floating around in Sri Lanka in respect of the proposed Comprehensive Economic Partnership Agreement (CEPA) with India. Most of the public discussions and paper articles on CEPA, which we see today, are either based on personal or political sentiments or absolute analysis of numerical figures. The whole purpose of this article is to give a holistic and comparative analysis based on facts and figures explaining the current status of the FTA with India.
Sri Lankan MPs clash over CEPA with India
6-Aug-2008 Economic Times
Sparks flew in the Sri Lankan parliament as supporters and critics clashed over the proposed Comprehensive Economic Partnership Agreement (CEPA) with India.
CEPA draws flak
5-Aug-2008
The political parties debated the pros and cons of the Comprehensive Economic Partnership Agreement (CEPA) in Parliament yesterday with the JVP and its breakaway group which is now called the National Freedom Front (NFF) asking the government to scrap it.
Dhaka mulls free trade pacts with India, Pak, Sri Lanka
5-Aug-2008 Economic Times
Bangladesh has decided to sign bilateral free trade agreements (FTA) with three major South Asian trading partners - India, Pakistan and Sri Lanka - in view of the failure of multilateral trading arrangements to serve the country’s interests.
0 | ... | 100 | 120 | 140 | 160 | 180 | 200 | 220 | 240 | 260 | ... | 300
Subscribe to bilaterals.org weekly