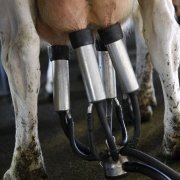 NZ rejects US senators’ claims on dairy trade
24-Mar-2010 AP
New Zealand on Monday hit back at a group of 30 U.S. senators who accused the country’s dairy industry of anticompetitive practices, as a first round of talks ended for a free trade agreement.
TPP as backdoor Colombia FTA?
23-Mar-2010 Eyes on Trade
The possible entry of Colombia into the TPP illustrates the unprecedented nature of the TPP.
We’ve nothing to gain from US trade deal
23-Mar-2010 SMH
Why is the Rudd government entering into new free trade negotiations with the Obama administration? Australia has nothing to gain except a further erosion of our sovereignty and Barack Obama lacks authority from Congress to undertake a binding agreement. 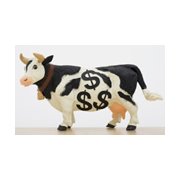 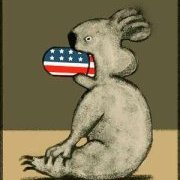 Danger and little democracy in new trade agreement with the US
17-Mar-2010 Online Opinion
Surveys have consistently shown that most Australians consider the Free Trade Agreement the Howard government signed with the US in 2004 was a bad deal. So why would any Australian government want another trade deal with the US?
Trans-Pacific Partnership: A US entry to Asian integration
16-Mar-2010 WPR
The Asia-Pacific is one place where there’s room for US exports to increase dramatically, and a growing TPP would certainly help on that score. However, free trade deals are never an easy sell, and they become tougher still when the domestic jobs picture is bleak.
Trans-Pacific Partnership trade talks a milestone: Crean
15-Mar-2010
The first step to an Asia-Pacific-wide trade pact will be taken on Monday, with officials from eight nations meeting in Melbourne.
’New generation’ free-trade deal talks start today
14-Mar-2010
Talks begin in Melbourne today to lift what began as a 2001 pact between New Zealand and Singapore to a powerful "new generation" regional free trade deal that the United States has made a top trade priority.
Malaysia studying new regional trade pact with US
12-Mar-2010 Channel News Asia
Malaysia said Thursday that negotiations towards a bilateral trade pact with the United States have been shelved and it is now considering joining a regional deal promoted by the US.
Malaysia may join Asia-Pacific trade talks to boost ties with US
3-Mar-2010 AP
"The US bilateral (free-trade) talk is not on, so we have to explore other alternatives. It is for that reason we are keen to come on board (the TPP) subject to local consultations," Trade Minister Mustapa Mohamed says
Obama trip may alter US misperception of Asean, Ministers say
1-Mar-2010 Bloomberg
Southeast Asian countries are split on Obama’s top trade initiative, the Trans-Pacific Partnership, which he aims to turn into a platform for economic integration in the Asia-Pacific region.
Malaysia may be keen to take part in regional trade pact
8-Feb-2010 Business Times
Malaysia is not attending the TPP’s first meeting in Australia next month. 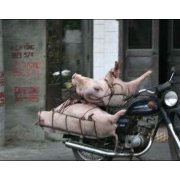 US pork wants market access back in China and Russia
5-Feb-2010 AgriNews
The National Pork Producers Council is focusing most of its trade agreement lobbying efforts on re-establishing markets in China and Russia, says the council’s Nick Giordano. 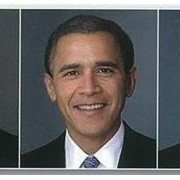 It’s not OK: protest march against Hillary Clinton
15-Jan-2010 Scoop
Clinton arrives in New Zealand this week pushing her corporate globalisation agenda. She wants a Pacific Free Trade Agreement and closer military ties between the US and New Zealand.
US revives Asia trade agenda
13-Jan-2010 Asia Times
A US commitment to the P4 through a wider trade pact would indirectly inject new life into the fading Asia-Pacific Economic Cooperation (APEC), which veered off course into security issues during the George W Bush administration and which is now struggling to achieve its market-liberalizing goals set out in Bogor, Indonesia, in 1994.
0 | ... | 1820 | 1840 | 1860 | 1880 | 1900 | 1920 | 1940 | 1960 | 1980 | 2000
Subscribe to bilaterals.org weekly