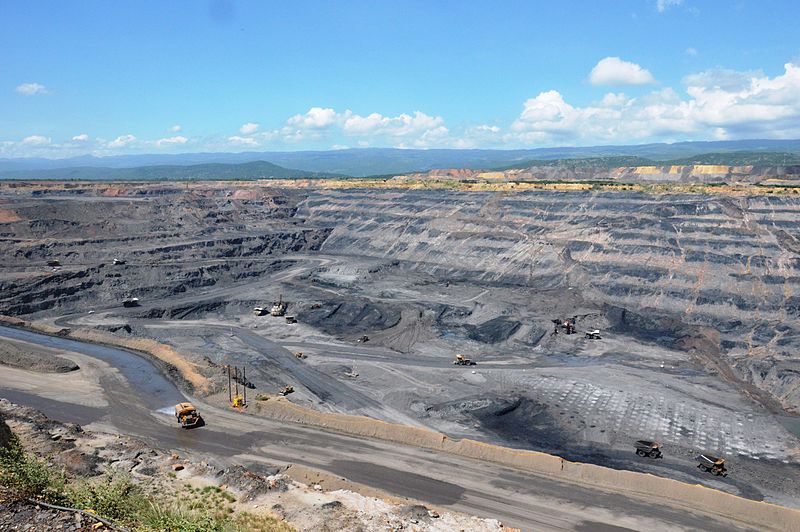 Canada has also said that the FTA will “promote a more stable and predictable investment environment in Colombia.“ Many Colombians and Canadians think otherwise, and believe that the investment and economic ramifications of the FTA will lead to more instability and increased human rights violations in a country already plagued with violence and conflict. Canadian mining interests, for example, will benefit greatly from equal treatment in the exploitation of Colombian natural resources. But in a country where trade unionists and labor activists are routinely threatened and murdered, many say that the involvement of Canadian business interests will only increase illegal persecution of those who struggle for fair working conditions and other labour-related causes. Mineral exploitation, such as that being developed in the town of Marmato by Canadian Colombia Goldfields, threatens the displacement of whole communities in order to facilitate mining, in a country already estimated to have between 1.8 and 3 million internally displaced people.

Canada-Colombia trade relations are nominal in comparison to other countries, barely surpassing $1 billion in trade each year. However, in terms of sectors engaged in megaprojects, such as mining or oil and gas, Canadian multinationals are among the major players.

Regarding Canada’s promotion of this FTA, Michael Hart, a professor at Carleton University in Ottawa says, “It’s a political gesture [on behalf of the Harper government] toward an embattled government in Colombia.“ The question is whether Uribe’s government, with its civil war involving an all-out offensive on guerrilla groups, handshakes with paramilitaries, and the dirty war on trade unionists, the political left, and human rights defenders, is the kind of “embattled“ regime that Canada should be making friendly “gestures“ to.

There was no public draft text of the agreement to speak of, and the agreement was concluded without waiting for an assessment from the Standing Committee on Foreign Affairs and International Trade.

There has been minimal media coverage and the majority of Canadians are unaware of the existence of this accord.

The agreement was signed by the Government of Canada on 21 November 2008 over strong criticism from the opposition parties and condemnation from Colombian civil society organizations. It came into force on 15 August 2011, providing important strategic value to the government of Colombia in terms of facilitating the ratification of its FTAs with the US and the EU.

Not the time for a Canada/Colombia trade deal - Colombian bishop
22-Nov-2007 CCIC Website
A Methodist Bishop from Colombia says the Canadian government is misguided to argue that a trade deal between Canada and Colombia will help democracy and human rights and bring economic prosperity to his country.
Why a Canada-Colombia Free Trade Agreement is a Big Mistake
22-Nov-2007 Canadian Labour Congress
Ten reasons why Canada should immediately stop negotiations of a free trade agreement with Colombia; the worst human rights violator in the Americas
Canada closes in on Colombian trade deal while abuses continue
10-Nov-2007 Canadian Press
One of Colombia’s most celebrated and provocative journalists is urging Canada to put the brakes on a trade deal with his country, citing unabated death threats and assassinations against colleagues and other government critics.
Canadian and Colombian labour jointly reject trade talks
18-Jul-2007
In a joint statement, the largest labour federations in Canada and Colombia reject the announced trade negotiations between Canada, Colombia and Peru as “an extreme free-market trade and investment model which guarantees the rights of investors over the human, social, economic, cultural and labour rights of its citizens.”
Canada steps into void left by US-Colombia rift
16-Jul-2007
Canada started trade talks with Colombia on Monday and pledged full support for President Alvaro Uribe, who has seen his key bilateral relationship with the United States bog down in a scandal over human rights.
Free trade, human rights top Harper’s Colombian agenda
16-Jul-2007
Free trade talks, human rights and Colombia’s efforts to end its decades-old civil war will top the agenda today as Prime Minister Stephen Harper gets down to business on the first stop on his four-nation tour of Latin America and the Caribbean.
Trade talks to start soon with Colombia, source says
12-Jul-2007
A free trade deal likely to be launched between Canada and Colombia next week will go beyond the usual focus on dollars and cents to spell out the ethical responsibilities of Canadian companies seeking to exploit the South American country’s untapped resources.
0 | 10 | 20 | 30 | 40 | 50 | 60 | 70