Commission wants to ‘explore options’ for India trade, investment
19-Feb-2021 Euractiv
The European Commission said that it wants to “explore options” for expanding the EU’s trade and investment with India.
An India-EU trade pact may still remain elusive
11-Feb-2021 Hellenic Shipping News
India - EU trade negotiations are likely to run into the same problems as the discussions that began on a comprehensive free trade agreement in 2007 but were aborted due to differences on movement of professionals, labour, human rights and environmental issues and other issues.
India, EU discuss re-initiating talks on bilateral free trade pact starting with interim agreement
8-Feb-2021 BusinessLine
India and the EU have discussed holding regular interactions for re-initiation of the bilateral trade and investment agreement with an interim agreement, to start with, according to an official statement.
EU-India investment agreement?
29-Jan-2021 Euro Intelligence
The EU will be able to strike an investment deal with India, but a full-blown free trade agreement will be a much harder sell, said Portugal’s foreign minister. 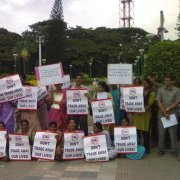