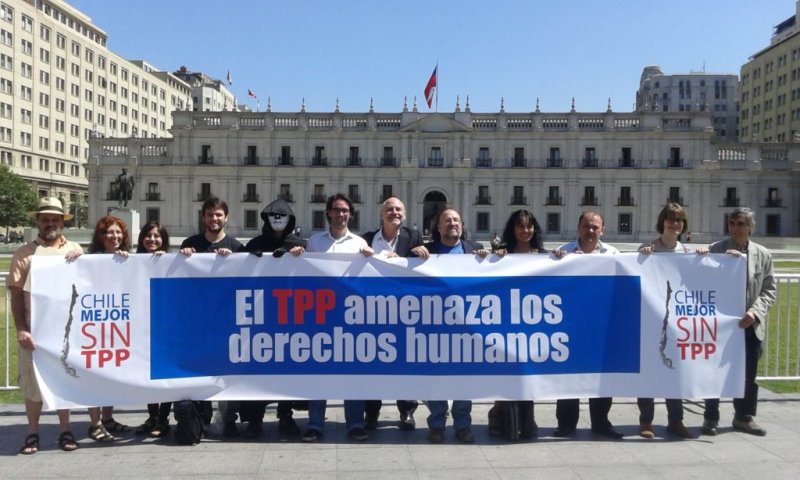 The Comprehensive and Progressive Agreement for Trans-Pacific Partnership (CPTPP, or also known as TPP11) is a trade and investment agreement that was signed on 7 March 2018, after ten years of negotiation, between 11 Pacific Rim countries.

It began as an agreement between the four Pacific states of Brunei Darussalam, Chile, New Zealand and Singapore. The P4 (Pacific 4), as it was then known, was signed on 3 June 2005 and came into force on 1 January 2006 as the Trans-Pacific Strategic Economic Partnership.

In September 2008, the US Trade Representative announced that the US would seek entry into the P4 agreement. For Washington, the P4 offered a neoliberal agenda-friendly platform to expand US economic and strategic interests in Asia. A few months later, the governments of Australia, Peru and Vietnam announced their intention to join as well. Malaysia, Mexico, and Canada joined the negotiations in 2010, while Japan joined in 2013. The US quickly assumed leadership of the whole negotiating process of the now called Trans-Pacific Partnership (TPP or TPPA).

The remaining 11 countries signed the newly-dubbed Comprehensive and Progressive Agreement for Trans-Pacific Partnership on 8 March 2018.

For instance, by granting corporations and investors enormous privileges, the CPTPP helps to to further undermine conditions and wages for workers which have already been eroded by other trade and investment agreements.

Among other controversial clauses, the CPTPP parties agreed to enhance cooperation on certain activities related to agricultural biotechnology. The treaty requires member states to ratify the UPOV Convention of 1991, a kind of patent system for seeds. This will expand the market for privatised genetically modified organisms (GMOs) and hybrids, and threaten traditional seeds and knowledge.

The CPTPP’s chapter on regulatory coherence forces a signatory government to engage with “interested persons” when it intends to strengthen public policies. This means that companies from CPTPP countries are given the ability to provide input to national policy making in other member states. Governments also have to conduct regulatory impact assessments, justifying the “need for a regulation” and exploring “feasible alternatives” before proceeding.

Finally, the CPTPP’s sweeping investment chapter extends transnational companies ability to challenge public policies related to health, the environment (the treaty fails to mention climate change even once) or labour. It includes the controversial investor-state dispute settlement (ISDS) mechanism that allows corporations to sue a state if a new regulation hampers their expected profits or investment potentials.

UK wants closer ties with Indo-Pacific region - foreign minister
29-Sep-2022 Reuters
Britain is seeking to join the trans-Pacific trade pact known as the Comprehensive and Progressive Agreement for Trans-Pacific Partnership, which removes 95% of tariffs between its 11 members.
British investors could sue Australia over climate action if UK joins trans-Pacific trade pact
8-Sep-2022 The Conversation
It’s a portent of claims Australia may face from British companies invested in Australia’s fossil-fuel industries if the United Kingdom gets its way and joins the Comprehensive and Progressive Agreement for Trans-Pacific Partnership.
Costa Rica seeks entry to trans-Pacific trade bloc
22-Aug-2022 Reuters
Costa Rica formalized its request to join a trade partnership of 11 countries across Asia, Australia and the Americas, President Rodrigo Chaves announced.
Costa Rica hopes to join TPP free trade deal
12-Jul-2022 Jiji
Costa Rican President has expressed hope that the Central American country will start negotiations to join the 11-country Trans-Pacific Partnership free trade deal.
New Zealand challenges Canada dairy tariffs under CPTPP
12-May-2022 RNZ
New Zealand has fired a warning shot at Canada over dairy tariffs, kicking off a dispute resolution under the trans-Pacific Partnership pact - the first of its kind.
My Say: Dubious benefits for Malaysia in ratifying the CPTPP
5-May-2022 The Edge Markets
In this ever-unfolding but unpredictable world and regional situation, Malaysia should remain “non-aligned” — albeit as appropriate for these new times. It should not take sides between the dominant West and its adversaries — led by China, the region’s major trading partner by far.
Business group blasts Mexico’s new lithium law as violating trade deal
28-Apr-2022 Reuters
A Mexican law that nationalizes its future lithium industry violates its trade obligations under the CPTPP, the International Chamber of Commerce said.
Taiwan passes CPTPP-compliant intellectual property amendments
19-Apr-2022 Focus Taiwan
The new legal framework for intellectual property rights will meet the standards set out in the CPTPP free trade agreement, and is expected to help in the country’s negotiations to join the 11-member trade bloc.
S. Korea decides to join CPTPP trade agreement
18-Apr-2022 Korea Herald
South Korea decided to join a mega free trade agreement involving 11 Asia-Pacific nations as the country seeks to diversify its export portfolio amid heightened economic uncertainty.
South Korean farmers rally against free trade
5-Apr-2022 Press TV
Hundreds of South Korean farmers and fishers protested in the country’s financial and political center, Yeouido, demanding the government reconsider its intention to enter into yet another free trade agreement.
0 | 10 | 20 | 30 | 40 | 50 | 60 | 70 | 80 | ... | 1410