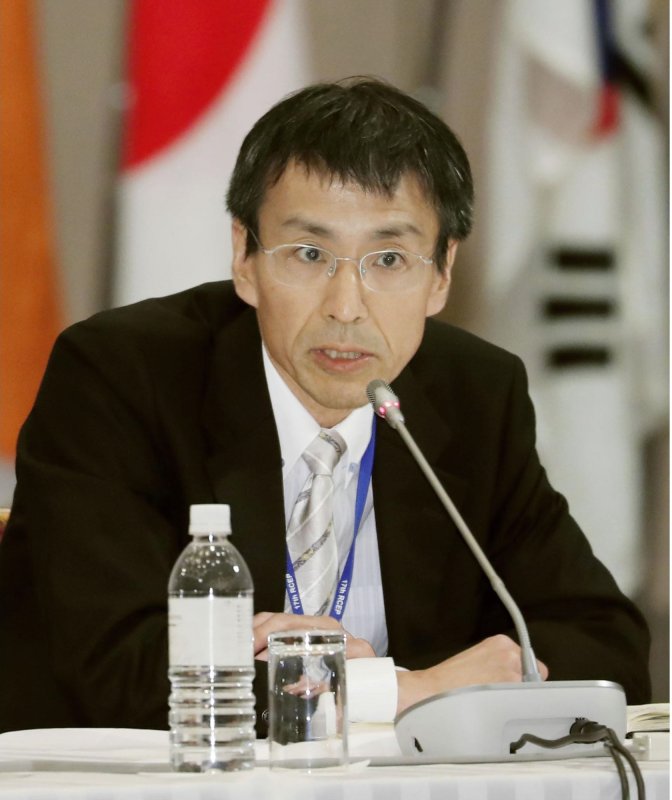 The 16-nation Regional Comprehensive Economic Partnership, a multilateral agreement that would cover half the world’s population, has reached a major turning point, delegates said Monday at the start of five days of negotiations.

The RCEP Kobe conference is the first round of negotiations this year and the first since U.S. President Donald Trump announced he was canceling America’s participation in the Trans-Pacific Partnership.

It comes as the very concept of multilateral treaties worldwide is under unprecedented public scrutiny amid growing concerns about the effect such treaties have on broader issues ranging from public health to human rights and the environment.

“We are truly at a critical juncture. The Kobe meeting will set the tone for the remaining negotiations this year,” said RCEP trade negotiating committee chief Iman Pambagyo, from Indonesia, in his opening statement.

Noting a global trend in increased protectionist sentiments, he added that negotiators cannot just discount concerns about globalization, and that RCEP should strive to balance the needs of both developed nations and lesser developed nations that are participating in negotiations.

Japanese Foreign Ministry Deputy Director General Keiya Iida spoke of the need to ensure a high-quality agreement that is inclusive and ensures roles for all stakeholders, including small and medium firms in the Asia-Pacific region, and takes on board the concerns of civil society.

“RCEP is an opportunity to reassure the world of our commitment to free trade,” he said.

How the TPP’s demise will affect the Kobe negotiations remains to be seen.

NGO representatives, however, noted that the TPP would be the elephant in the room, particularly as some RCEP members like Japan that had also participated in the TPP are still having difficulty digesting the fact that RCEP, which includes China and India but not the U.S., has become the main multilateral agreement for Asian nations.

Iida said the past year has been one of steady progress on issues, but difficulties remain. One area of contention is access to medicines.

Shailly Gupta, deputy head of Medecins Sans Frontiers’ Access Campaign India, said in a statement, “Countries and their courts have the right to seek a balance between the imperatives of the right to health with the intellectual property system, often necessitating steps to limit the abuse of the patent system by multinational pharmaceutical corporations.”

She added that “this balance is now under threat as foreign corporations would have the power under the draft investment chapter of RCEP to challenge domestic regulations or judicial decisions in secret arbitration proceedings.”