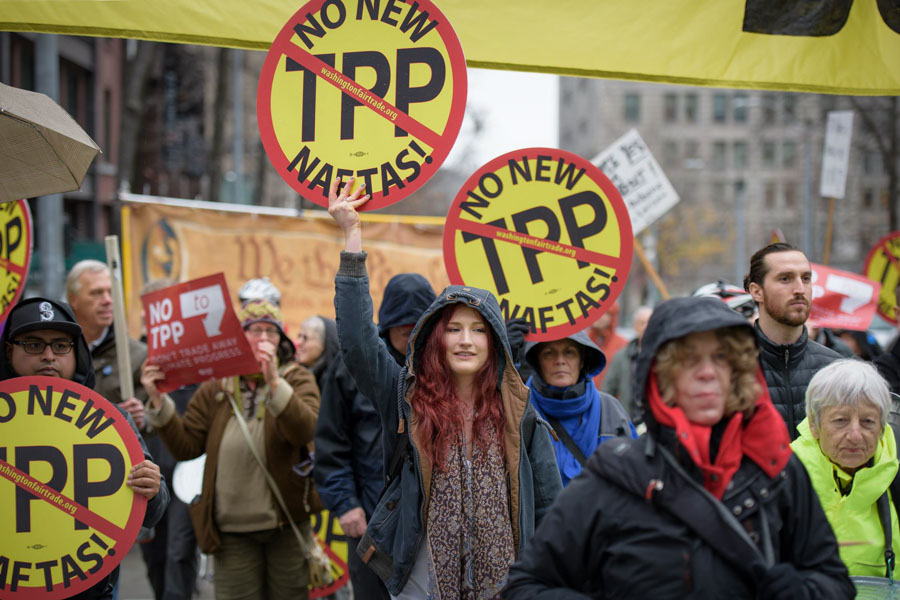 The American Chamber of Commerce in Singapore (AmCham Singapore) has called on the US to join the trade pact which replaced the Trans-Pacific Partnership (TPP), from which the US withdrew in January 2017.

In a media statement on Tuesday, AmCham Singapore urged the US to join the TPP’s replacement, the Comprehensive Progressive Trans-Pacific Partnership (CPTPP), to ensure US competitiveness in Asia. It also urged the US Congress to approve the agreement.

Said AmCham Singapore chairman Dwight Hutchins: "The CPTPP is the best and and most strategic trade framework from a business perspective and the US needs to be a member for American businesses in Singapore, across the region and at home to remain at the forefront of 21st century trade.”

The remaining 11 TPP members signed the CPTPP in March, with Canada, Japan and Mexico having since moved ahead with legislation to approve their entry to the trade pact. The agreement will eliminate tariff and non-tariff barriers for most goods, improve the flow of services and investment, improve protections for intellectual property rights and improve access to government procurement contracts.

Noting that the CPTPP could come into effect as soon as this year, and certainly by the first quarter of 2019, AmCham Singapore TPP Task Force chairman Steven Okun said: “US businesses will be disadvantaged without the US government as a party to the agreement.”

The task force, which has over 106 members today, was created in 2015 with the goal of informing US legislators and opinion-makers of the TPP’s value to US businesses.

While AmCham Singapore will work with its members "on deriving the fullest benefits possible under the CPTPP... this will not be as impactful without the US government", added Mr Okun.

"While the CPTPP is not perfect, a multi-party agreement based on the principles established within the CPTPP is the type of trade agreement needed in the 21st century," he said. "The US government absence will harm American businesses, especially those based in the US such as SMEs and those in agriculture, and will also lessen US business access in the region."

AmCham Singapore is the largest foreign business chamber in Singapore and South-east Asia, with over 5,000 members. In October 2009, it was the first US business association to call on the US government to join the TPP negotiations. According to AmCham Singapore, US companies’ direct investment in Singapore exceeds an estimated US$229 billion.