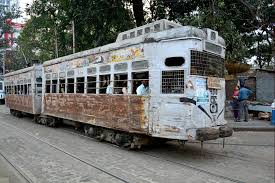 As India works on a strategy to spur Indo-African bilateral trade, Suresh Prabhu pitches for FTA By Neha Dewan

“We would like to find out how logistic links can be developed with Africa. We have a role to play in shaping our common desired destiny. We have a common future,” Suresh Prabhu said.

The Government is working on a comprehensive strategy to boost India-Africa bilateral trade, which stood at $63 billion in FY18 as opposed to $52 billion in FY17. This was revealed by Commerce Secretary Anup Wadhawan on the sidelines of the 14th CII-Exim Bank Conclave on India-Africa Project Partnership in the capital on Sunday.

Citing facts on Africa’s GDP being over $2 trillion in 2017 and estimated to reach $29 trillion by 2050, Wadhawan added that as per the World Bank, most African countries are expected to reach middle income status by 2025 if current growth rates are to continue. “It is extremely heartening to see that both India and several African countries have maintained high economic growth rate over the last two decades and today even as the global economy is faced with several debilitating trends, our two regions are seen as bright spots on the world map,” he said exuberantly.

According to CII, India’s key export in April-February 2016-2017 to Africa was petroleum products, which was around 17 per cent of the total. Other major export items included pharmaceutical products, vehicles other than railway or tramway, machinery and equipment, and cereals.

Among the key imports from Africa to India, petroleum products dominated India’s import basket in April-February 2016-17, with a significant share of 52 per cent of India’s total imports from Africa. Other major import items include gems and jewellery, edible fruit and nuts, inorganic chemicals and organic/inorganic compounds, and copper and articles.

Taking Wadhawan’s point forward, Minister for Commerce and Industry and Aviation Suresh Prabhu, in his keynote address highlighted how India will be a $5 trillion economy in few years and by 2035, it will be a $10 trillion economy. Citing how India is growing at more than 7%, Prabhu said that cooperative partnership can greatly accelerate growth for both nations in the times to come. “We are one of the fastest growing large economies of the world. India’s exports in services and merchandise will record $540 bn by end of this month. Africa is growing at 3.4% as per World Bank. Together we want to find out how we can grow together,” he added.

The minister also proposed a Free Trade Agreement (FTA) with India and Africa or a preferential trade agreement which, he said, could be another way of increasing African trade in global market share.

Although India and Africa share a traditionally strong relationship, in trade the two blocks trail its relationship with China. According to China-Africa Research Initiative, the value of China-Africa trade in 2016 was $128 billion, down from a high of $215 bn in 2014. In 2016, the largest exporter to China from Africa was Angola, followed by South Africa and The Republic of Congo. In 2016, South Africa was the largest buyer of Chinese goods, followed by Egypt and Nigeria.

Shedding light on how Africa is one of the top priorities for Prime Minister Narendra Modi, Prabhu said that both India and Africa are plagued by the same issues of poverty, hunger, climate change and other developmental challenges.

“Both the nations have a young population. But the youth also has a lot of aspirations and we need to give them such opportunity. We should aspire for economic freedom and creating future jobs for people,” he said.

Stating India’s keenness to find out what Africans want and help them in realising their dreams and aspirations, Prabhu said that providing logistic links and addressing the challenge of climate change will also be on the agenda. “We would like to find out how logistic links can be developed with Africa. We have a role to play in shaping our common desired destiny. We have a common future,” he added at the conclave’s inaugural session which was a full house with a host of dignitaries, international delegates and industry representatives in attendance.