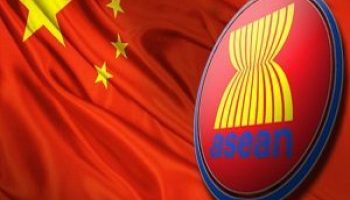 In a press conference over the weekend, Wang said China sees ASEAN’s free trade agreement (FTA) with its six FTA partners as a vital development towards boosting trade in the region.

“The government of China attaches great importance to those negotiations, and have shown that China is actively promoting and in full support of the two negotiations,” said Wang, mentioning also the free trade deal among China, South Korea, and Japan.

“We are in great support of the centrality of ASEAN, and ASEAN countries made great efforts in conducting such negotiations to have attached the great importance on that,” Wang added.

Initiated by ASEAN, the 16 RCEP participating countries began negotiations for an FTA in 2012.

RCEP is envisioned to be the world’s largest free trade pact, accounting 48 percent of the world’s total market and 30 percent of global gross domestic product and trade.

During the second RCEP Leaders’ Summit in Singapore last year, heads of states urged their trade ministers to conclude the negotiations this year.

It was noted that RCEP talks have progressed substantially and reached their final stages in 2018.

Part of the final stage of discussions this year is China’s hosting of technical negotiation this coming July, Wang said.

He added that hundreds of delegates are expected to visit China in July for the RCEP technical negotiation.

“The target of the 16 members is to achieve comprehensive, high quality, mutually beneficial, and more than just a free trade agreement,” Wang said. (PNA)