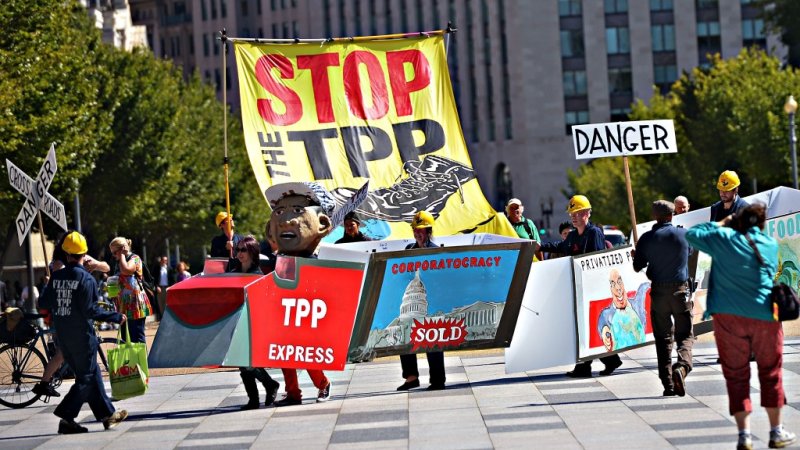 Talks on the ambitious Trans-Pacific Partnership remained stuck on a handful of tough issues, including auto parts and drug protections as trade ministers moved to a second day of negotiations.

Under heavy pressure to clinch a deal this week after key differences couldn’t be bridged in their July meeting in Hawaii, top officials from the United States, Australia and 10 other Pacific Rim countries were negotiating around the clock in this southern US city.

The representatives of the 12 countries - Australia, Brunei, Canada, Chile, Japan, Malaysia, Mexico, New Zealand, Peru, Singapore, the United States and Vietnam - were seeking to complete talks this week that would form the world’s largest free trade region, its members comprising about 40 per cent of the global economy.

But major challenges in three areas remained, according to officials involved in the discussions.

* Meeting pressure from Japan to remove US barriers on auto parts imported from non-TPP countries, against resistance from Mexico and Canada, already major favoured suppliers of parts to the US auto industry under the NAFTA trade treaty

* Opening up the Japanese, US and Canadian markets to rival dairy and processed dairy products from New Zealand and Australia

* Extending patent protection for increasingly important biologic drugs to eight years, amid concerns this will raise the costs of the drugs and leave them less accessible in poorer countries

At the end of the first day of ministerial talks on Wednesday, negotiators remained mum about the progress on these key issues amid hope that an agreement could be reached.

The stakes were high for many, with farm and pharmaceutical industry lobbyists from various countries and civil society activists gathered at the same Atlanta hotel to defend their interests.

And as the ministers began meeting Wednesday, a handful of protesters marched through the lobby of the hotel chanting "No TPP! Stop Corporate Greed".

Meanwhile a senior US senator warned that Congress could refuse to ratify a deal if it does not protect the interests of US businesses and workers.

"No one - at least no one from our side of the negotiations - should be in a hurry to close talks if it means getting a less-than-optimal result for our country," said Republican Senator Orrin Hatch in a statement.

"If the agreement falls short, I will not support it."

While there is no deadline on the negotiations, time was a clear source of pressure.