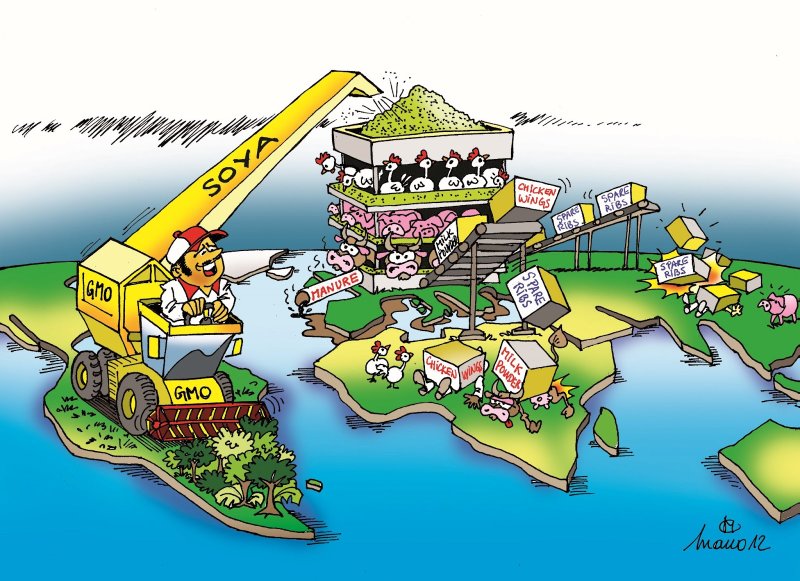 Brazil reaches out to EU for trade deal

By John Paul Rathbone and Joe Leahy in São Paulo

Brazil’s rising prosperity has led it to consider pushing for its own trade deal with the EU, after years of struggling to reach one alongside its neighbours.

Latin America’s largest economy has been trying to forge an EU agreement since 1999, in conjunction with the four other members of Mercosur, the world’s fourth biggest trade bloc. The other members are Argentina, Venezuela, Paraguay and Uruguay.

The move has become urgent for Brazil, however, because it has been reclassified as an upper-middle-income country, meaning it loses EU trade preferences next year. The only way to regain them is with a trade deal.

Brazil plans to present a proposal later this month for a Mercosur-EU trade deal that would allow it to move ahead with its own agreement, Brazilian foreign minister Antonio Patriota has told the FT.

“There are objective conditions that create strong incentives for an advance on the EU-Mercosur front,” he said in an interview. But there is also “anticipation that each [Mercosur] country may be able to negotiate at separate speeds”.

The deal would cover $80bn of bilateral trade between the EU and Brazil, whose trade with the EU accounted for 37 per cent of the European bloc’s total Latin American trade in 2011, according to the European Commission.

A move by Brazil to negotiate apart from Mercosur, which has a combined gross domestic product of more than $3tn, reflects Brazil’s attempts to boost its economy after just 0.9 per cent growth last year, as well as a changing global trade landscape.

“It’s good to get on with your neighbours, but the rest of the world is doing trade deals and Brazil risks getting left out,” said Arminio Fraga of Gavea Investments, a fund, and the former head of the Brazilian central bank.

The stalling of the Doha round of multilateral trade talks, which new WTO chief, Brazil’s Roberto Azevêdo, will seek to restart after he takes up the post in September, has led to a push for bilateral and regional deals. These include a mooted EU-US trade pact and the US-led 11-country TransPacific Partnership.

“Breaking off from Mercosur would make commercial sense for Brazil. Given Argentina’s hidden protectionism, any trade partner [such as the EU] knows a deal with Mercosur wouldn’t be worth the paper it’s written on,” said Simon Evenett, a trade professor at St Gallen University in Switzerland.

Signs of a new pragmatism in Brazilian trade diplomacy comes after mass protests shook the country earlier this year, and as it prepares for a state visit by President Dilma Rousseff to Washington on October 23.