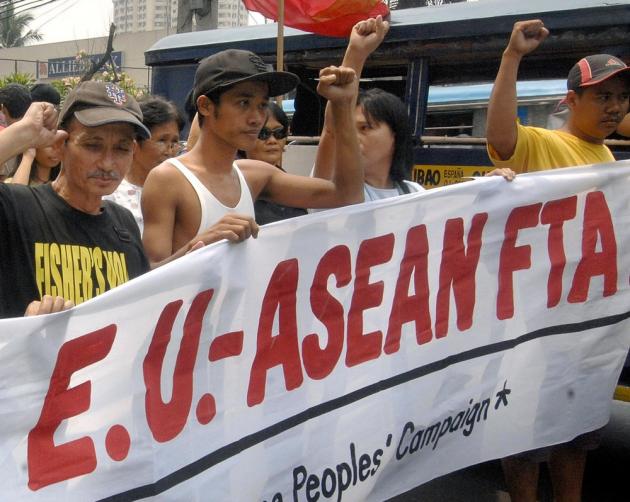 European Union (EU) Trade Commissioner Cecilia Malmström is set to visit Manila on Friday for the 15th ASEAN Economic Ministers – European Union Trade Consultations, to primarily discuss trade relations as well as the goal of a Free Trade Agreement with her ASEAN counterparts.

“This meeting is an important occasion to reaffirm the strong ties between the EU and ASEAN and our joint commitment to good trade relations. At the meeting, we can lay the foundation to facilitate the work of our respective businesses, and for connecting across our two regions,” Malmström said in a statement on Wednesday.

“I especially look forward to discussing how to advance plans for a region-to-region Free Trade Agreement between the EU and ASEAN,” she added.

EU Ambassador Franz Jessen said that the upcoming visit is going to be a milestone, because not only trade and investment relations are growing, but the growth potential can also be maximized through further engagement, and the EU support for ASEAN integration will be discussed.

According to Jessen, ASEAN-EU two-way trade stood at €208 billion in 2016. EU imports from ASEAN doubled since 2009 and EU-ASEAN trade in services in 2015 was €79.6 billion, three times as much as compared a decade ago.

“We do this mainly through negotiating Free Trade Agreements. The EU has concluded agreements with Vietnam and Singapore that will be game-changers as the most ambitious agreements that ASEAN members have ever concluded,” Jessen said.

“Establishing a region-to-region free trade area would act as a powerful catalyst for even closer mutually beneficial economic relationships. Our Ministers will now discuss the way forward when they meet in Manila,” he added.

Among others to be discussed are ASEAN Regional Integration Support from the EU (ARISE), the EU-ASEAN Project on Intellectual Property Rights (ECAP III), and the ASEAN Air Transport Integration Project (AATIP), which are cooperation programs that provide support to ASEAN economic integration.