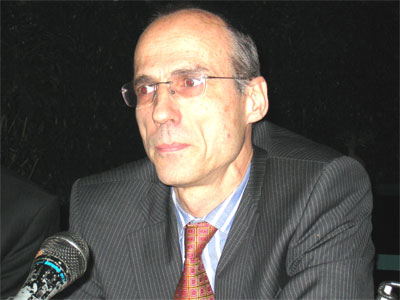 After failure in FTA negotiation with the Association of Southeast Asian Nations (ASEAN) in the last over one years, Schlegelmilch said that the EU wants to seek another approach before the Vietnam-EC Joint Committee’s meeting on November 26-27 in Hanoi.

According to him, the EU wants to promote bilateral negotiations with each state member of ASEAN. Vietnam is among the first countries that the EU wants to negotiate with.

Schlegelmilch said Bilateral FTA would be an effective mechanism to diminish trade barriers between the two sides.

He said that the EU would also discuss the market economic status for Vietnam, check and find solutions for barriers for trade relations between the two sides, review Vietnam’s implementation of WTO commitments related to intellectual property, copyright, faked goods and tax reduction roadmap for imported wine.