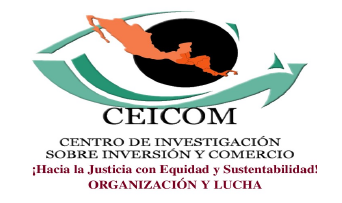 Freely translated by Anoosha Boralessa. This translation has not been revised or reviewed by www.bilaterals.org or any other organization or person.

Today marks five years since the Free Trade treaty between Central America, the United States and the Dominican Republic (the English acronym for which is CAFTA-DR) entered into force. It is therefore useful to highlight the impact that the implementation of this treaty had on the El Salvadoran economy.

Five years after the entry into force of CAFTA-DR, several international bodies declared this trade treaty made little or no contribution to El Salvadoran economy. After CAFTA-DR had been in force for only four years, the US embassy insisted that El Salvador had not reaped any benefit from this trade instrument. Business associations such as FUSADES and ANEP also expressed the same opinion. Even the Ministry of Economy (MINEC) supported the view that El Salvador has not obtained the maximum benefits from implementing CAFTA – DR.

This being so, we must dissect CAFTA-DR and assess its substantive importance for a country signing up to such an instrument. Our analysis shall be focused on the following four points:

First with respect to Salvadoran production, for five years of CAFTA-DR there has been an average 2.14% rate of change. This means that the various mechanisms contained in this treaty have not kick-started the Salvadoran economy. The quarterly GDP at constant prices in the third quarter of 2010 showed an increase of 0.7% (annual variation). This contrasts with the same period of the previous year when there was a loss of 4.1%.

External factors logically connected to this analysis such as the spectacular global economic crisis must be taken into account. Instruments such as CAFTA-DR have not been able to efficiently and effectively wipe out the impacts that [this crisis] has had on the health of the country’s economy. This has resulted in a limited 0.7% GDP variation in December 2010.

Regarding national production, more detailed analysis of production in the agro-livestock sector and the sub-sector of basic grains is needed. This is the defining pillar of the material production of the men and women of El Salvador. In this regard, an annual variation rate of 7.26% was recorded. This reflects that the revival of Agro – Salvadoran is not a priority issue in CAFTA-DR.

On the other hand, we can compare the average annual rate of change of 22.78% and 20.14% for the manufacturing industry and commercial restaurants and hotels sectors respectively. This means that CAFTA –DR has not been able to focus on [producing] “benefits” for the strategic sectors for the lives of the men and woman of El Salvador. Instead it has focused on sectors dominated by a small number of enterprises and at the same time, it generates conditions to continue to strengthen tertiary services in the Salvadoran economy.

Secondly we must analyze the conduct of international trade in El Salvador. For this purpose, it is noted that five years after the entry into force of CAFTA – DR, combined exports from Central America and the Dominican Republic to the United States increased from US$ 18, 077 million in 2005 to US $23, 756 million in 2010. During the same period, US imports to the region and the Dominican increased from US $ 16, 827 million to US $ 24, 217 million.

This allows us to conclude that the United States counts on mechanisms, procedures and rules that favor its trade interests. Therefore the US is more able to participate in markets that are competing within the CAFTA-DR. For their part, Central American countries and the Dominican Republic do not have sufficient elements in their favor to be able to compete on an equal footing with the United States.

But what has been exported to the United States? The textile and clothing industries, the chemical and pharmaceutical industries, plastic goods and marine goods are among the export sectors where there has been more movement. On the one hand the United States excels in sectors such as combustible minerals, machinery, cereals and vehicles. In other words, MINEC’s argument made during the negotiation of CAFTA, that the “United States was a huge opportunity for traditional products”, has not been validated. Such traditional goods could have a much greater impact for Salvadoran residents at home.

However in previous years’ reports on the benefits of CAFTA-DR, these goods only represented 2% of total exports. Nothing close to the forecasts made at the outset. In other words, the dominant sectors of Salvadoran economy remain the same. Furthermore, these sectors are mostly oligopolies. These certainly have benefitted from the “goodness” of this Trade Treaty.

The foregoing is reaffirmed by the Commission for Free Trade (composed of the Ministers of Economy or Trade of the seven countries Party to the Treaty) on agreeing the structure of the committees on Agro-livestock and sanitary and phytosanitary matters, at the same time that they were entrusted with establishing a permanent working agenda to deal with problems agro-industrial goods face when trying to access the US market. This means that they take serious note of the fact that most agro/livestock products are unable to access the US market.

Clearly, CAFTA-DR has not catalyzed Salvadoran foreign trade given that it has increased the trade balance deficit from $3957.1 thousand to $4,076.4 thousand in 2010. The average deficit for the five years that CAFTA-DR has been in force is US$ 4,284.78 million. The deficit was greater in 2008, being US $ 5,205.3 million. This means that CAFTA has not been able to generate conditions to increase the Salvadoran exporting capacity. Instead, it has increased its level of dependence on imports.

And for that reason, one cannot ignore the serious impact that a steadily increasing, and more marked dependency on imports to guarantee the consumption of foods, has caused at the national level. In food industries products alone, there has been an average flow of imports of $ million. Regarding imports of consumer goods in 2010, there was a 64. 65% increase, compared with import flow prior to the entry into force of CAFTA. Also, fertilizer imports for the agro/livestock sector increased by 102.02% during the period that CAFTA has been in force.

The foregoing is of the utmost concern to El Salvador’s Food Sovereignty. This is not only because this is a country where the public policy prioritizes food production for the Salvadoran population but also because instruments of trade policy such as CAFTA – DR sink the country into the world of dependence. Dependence not only on food imports but also intermediate materials for the limited production that is developing in the country.

Also CAFTA has eliminated a good part of the taxes on imports and/or exports. This is on account of its provision for a customs relief system. This is of the highest concern because El Salvador has neither robust legislation nor effective non-customs barriers to trade. Therefore customs were the sole protection to counter an invasion of exports from other countries. In other words, this [CAFTA] mechanism not only reduced the state’s fiscal revenue, but it also eliminated protection from anti-competitive practices such as, inter – alia, dumping.

In the third place, foreign investment conduct should be considered. In 2004 when the final negotiations of CAFTA-DR were taking place, it was argued it would be an efficient instrument to increase foreign investment. It was argued that investment would flow into the sectors strategic to the life of the country such as fishing and agriculture.

However it is recorded that, with the exception of assembling plants [check] the destination sectors that had on average higher levels of foreign investment during these five years (up to June 2010) following the entry into force of CAFTA-DR are: the Finance, Trade, Communications and Electricity industries. These have had an average flow of Foreign Direct Investment of 348.42%, 35.74%, 27.22% and 20.46% respectively.

In contrast to the foreign investment data reflected in the preceding paragraph, it is reported that foreign investment channeled to the agricultural and fishing sectors barely represents an average flow of 5.04% during the period that CAFTA-DR has been in force. In annual global data for 2009, there was a flow of 0.625%. This is means that till the fourth year of CAFTA – DR, not even 1% of foreign investment flowed into these sectors. In conclusion, it can be clearly seen that the specific agenda of CAFTA-DR is to benefit certain sectors of the Salvadoran economy. However, this does not necessarily translate into benefits for the vast majority [of its people].

Five years of CAFTA-DR have demonstrated that it seeks, solely and exclusively, to generate conditions to increase the accumulation of wealth in the hands of a few, both at the national level and international level. Consequently, any other type of concern such as environmental protection, nature or biodiversity, are irrelevant to big transnational capital, which is, without doubt, the ultimate beneficiary of these treaties.

In this context, El Salvador currently faces two claims before ICSID. The basic of the claim is the refusal to grant licenses of exploitation to transnational mining corporations. This governmental decision supports the protection of the Salvadoran environment and the citizens’ health. The El Salvador constitution provides that this is the right of all Salvadorans.

The foregoing is of the greatest concern. This is not only because it is a serious violation of the rights of the men and women of El Salvador but also because it increases legal liberties that big transnational corporations rely on when put against a state that has, following CAFTA, reduced the legal protection for the interests of the Salvadoran people. El Salvador has 69 requests for exploration and/or exploitation from mining businesses and a decision favorable to a company would set a dangerous and negative precedent. This is because these 69 enterprises can proceed on the same basis. Taking into account all the foregoing, a breach means that a national sovereign state will be hauled before a tribunal such as ICSID which takes decisions even on domestic legislation. This is a serious threat to the country.

So five years on from the entry into force of CAFTA-DR, it can be asserted that it does not have any real or direct benefits for the great majority of the Salvadoran population; only a few have benefitted from the trade measures provided for in CAFTA – DR.

So this is the situation. The relevance of CAFTA-DR on the Salvadoran economy must be seriously analyzed. So too must the petitions filed claiming that CAFTA is unconstitutional. Such petitions effectively demonstrate that CAFTA falls foul of the Constitution of El Salvador. Furthermore, that the trade policies of El Salvador must be changed immediately.

The trade strategy of this country cannot be based on a follow up to the signing of Free Trade Agreements. This government’s neoliberal strategy which continues on from its predecessors has to change. This is because continuing under these conditions both weakens the Salvadoran economy and endangers human life.

Faced with a food, climate, political and economic crisis, we cannot expect free trade to present an alternative pathway and/or present a solution to this crisis. Rather, it is a change of direction where the interests of Salvadoran people transcend this reality.

Five years of CAFTA-DR produce sufficient arguments to obey the orders of NO to CAFTA-DR and NO to FREE TRADE.

To Justice with Equity and Sustainability ASSEMBLE FOR BATTLE!