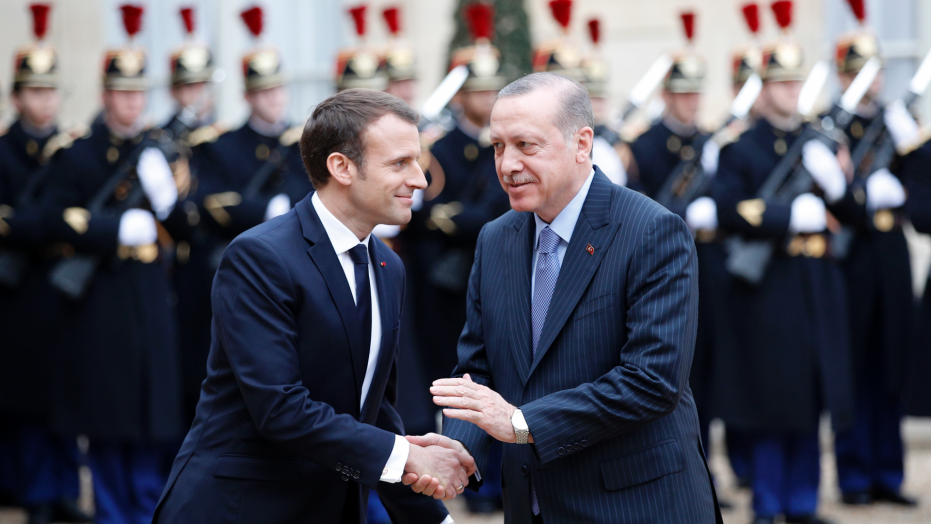 Despite the resumption of rare high-level bilateral meetings between Turkey and EU member states lately, relations are far from retrieval.

President Recep Tayyip Erdogan’s visit to Paris earlier this month, for instance, was beset with bitter messages from president Emmanuel Macron on Turkey’s EU journey, as he openly remarked that political developments in Turkey were blocking its EU accession bid and the idea of a new partnership instead of full membership needs to be entertained.

It was also not a coincidence that these remarks overlapped with German foreign affairs minister Sigmar Gabriel’s previous suggestion that the Brexit deal could serve as an alternative model for Turkey’s EU vocation.

Interestingly, Turkey seems to be indifferent to such proposals, perhaps with the expectation of toned-down criticism on the decaying rule of law and freedom of expression, as a result of a laxer relationship with the EU as a neighbouring country.

Such developments, however, seem to overlook the fact that anchoring Turkey to a liberal international order via recognising its potential accession to the bloc as the ultimate target (as early as 1963), proved tremendously beneficial not only for Turkey but also for the EU.

Turkey and the EU managed to establish a relationship going beyond common interests to encompass shared values.

Such a relationship is much broader than the Turkey-US alliance for instance, which still rests mainly on security and defence cooperation.

The complex interdependence between Turkey and the EU on the other hand, relies on multi-faceted economic and commercial links, contributing to both sides’ regional and global appeal as well.

Economic gains derived out of this partnership have been tremendous.

The establishment of the customs union in 1996 as a mid-term mechanism towards the goal of full membership enabled Turkey to undertake vital regulatory reforms which located the country as a strong player not only in its relations with the EU but also in terms of its global competitive power.

The EU is the major beneficiary of Turkey’s economic liberalisation. Half of the country’s trade as well as 69 percent of FDI inflows and 61 percent of FDI outflows is with the EU. Today, almost 22,000 companies operating in Turkey are funded with EU capital.

First, such a policy choice based on contemporary political cycle would mark a major lack of long-term vision on the grand EU project, as it would mean an acknowledgement of the EU’s limits in exerting soft-power in its region.

Such a decision will indeed be a dire regret once the winds change course in the parties’ domestic politics.

Second, in an era of crumbling rules-based world order spearheaded by American isolationism, pushing Turkey further towards the illiberal camp would mark a huge blow to the efforts to maintain a multilateral system of rules-based governance.

Such a shift would additionally constitute a massive dilemma with the EU’s efforts - led by Macron and Merkel - to play an alternative global leadership role, at least at the interim.

Cold hearts and bitter exchanges are however the rule of the day and alternative methods of engagement could be helpful to save this ’troubled alliance’. Amid discussions on whether, and - if so - when, to upgrade the customs union, a third way can also be portrayed as a pragmatic option.

A softer but more comprehensive commercial partnership in the form of a new generation free trade agreement (FTA), without ruling out Turkey’s membership prospects, could refresh the sides’ attitudes towards each other and pave the way for a deeper but more relaxed interim relationship.

Turkey’s convergence with the EU acquis on business regulatory areas going beyond customs union could ease the tension in the EU revolving around Turkey’s membership prospects in an era of decaying democratic norms and institutions.

Such an option would also disperse Turkey’s long standing grievances on trade deflection due to its obligation to undertake the EU’s common commercial policy without the right to shape it.

Thus, a new generation FTA would give both Turkey and the EU the ability to reap the benefits of a closer economic cooperation and the opportunity to focus on a broader constructive commercial agenda.

For Turkey, implementing its own foreign trade policy might even take the form of subscribing to other high-standard rules-based regional trade and investment arrangements such as the TPP.

Britain’s interest in this option after Brexit is in fact an example worth studying.

On the other hand, such an option will undoubtedly come with its own setbacks.

First, replacing the customs union with an FTA would end the free movement of goods in its current form by bringing origin requirements, and hindering the current flow of trade via increasing border checks.

The eligibility of duty free trade under an FTA requires meeting a certain threshold of value to be added in one of the parties to the agreement. Any study on whether the amount of value added on traded goods in Turkey and the EU is adequate to meet potential origin requirements is lacking to date.

Yet, clear disruption of established value chains and undeniable complaints from economic operators will surely be major headaches for both sides in such a scenario.

Second, losing Turkey would mean an additional blow to the EU single market after Brexit (at least in trade in goods), shrinking its size by more than 15 percent via losing two of its top five trade contributors. This would clearly diminish the EU’s value as a single trading bloc as well.

Turkey-EU relations have been sour lately and there is a need to entertain alternative ideas for this partnership.

As a matter of fact, achieving broader convergence within the context of an upgraded customs union as well as finding a solution to the problem of Turkey bandwagoning the EU’s commercial policy is the ideal option.

Albeit the risks it carries, a new generation FTA could also help ease the current deadlock.

The task of preserving Turkey’s membership perspective on the other hand, goes beyond the hassle of daily politics and carries a broader responsibility for all.

Killing this prospect will therefore be the gravest mistake as none of the parties would be willing to admit such guilt in the not-so-far future.