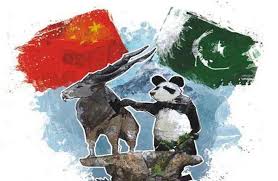 In the second phase of Free Trade Agreement (FTA), the Chinese government has finally offered Pakistan the market access similar to that given to other countries of Association of South East Asian Nations (Asean).

According to Secretary Finance Mohammad Younus Dagha, after seven years of negotiations, Beijing has agreed to immediately reduce duties to zero per cent on 313 tariff lines for Islamabad.

The final agreement will be inked between commerce ministers from either countries during Prime Minister Imran Khan’s visit to China by this month’s end. Both sides will get approval for the accord from their respective cabinets before signing the pact.

The final round of discussions was initiated on April 13 under the supervision of Pakistan’s current Secretary Commerce Ahmad Nawaz Sukhera and the Chinese Vice-Minister.

The objectives of free trade agreement include integration of respective economies of Pakistan and China for mutual benefits. It also comprises providing a predictable investment regime in the services sector especially in infrastructure, computer & related services, educational services, research and development, tourism, sporting services and environmental services like sewage and cleaning services.

The accord also facilitates joint ventures to build the capacity of domestic service suppliers, transfer of technology and creation of new jobs in Pakistan.