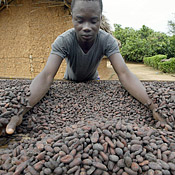 Accra, June 29, GNA — The International Centre for Settlement of Investment Disputes (ICSID) has, in a landmark ruling, granted an award in favour of Ghana over an arbitration dispute instituted against her on September 24, 2007 by a German investment company, Gustav F. W. Hamester.

An official statement issued in Accra on Tuesday said the ruling in favour of Ghana was a strong pointer to current and future investors in Ghana that even though they were always welcome to accelerate the development agenda of the country, investor misconduct would not be tolerated.

It said though the arbitration tribunal concluded hearings in July, 2009 in London, it took a year to render the award and finally on June 18, 2010 declared that the acts of Ghana Cocoa Board (COCOBOD) relating to the 2001 price agreement, were not attributable to Ghana and that the acts of Ghana relating to the police investigations did not amount to a violation of the Bilateral Investment Treaty.

The statement said Mr Hamester, a partner of COCOBOD in the West African Mills Company Limited (WAMCO), a cocoa processing company in Ghana, had management control of WAMCO and exploited this advantage to dictate prices at which they were prepared to pay for cocoa beans supplied to the factory by the management of COCOBOD and dictated the price to pay for products of WAMCO they took over.

It said Mr Hamester’s fraudulent business practices also included over invoicing of the cost of the equipment and machinery bought on behalf of WAMCO to increase the value of their shareholding in WAMCO.

Mr Hamester resisted the processes but finally signed a price agreement by which from 2003 all categories of cocoa beans sold to the factory should be on Freight On Board (FOB).

It said during the investigations, Mr Hamester abandoned their management role and the Joint Venture Agreement and construed management of COCOBOD’s efforts at ensuring a fair business relationship as governmental interference.

It lodged a complaint with ICSID and claimed damages for breaches of the joint venture agreement by Ghana.