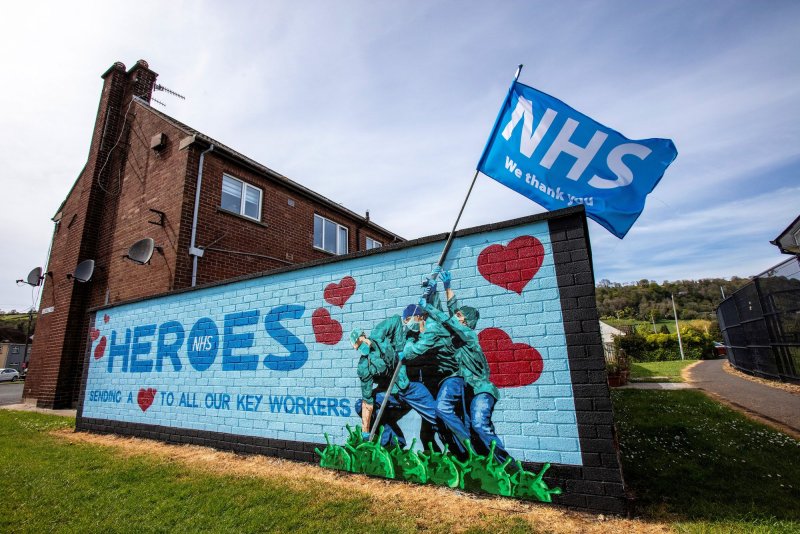 If the government doesn’t halt trade talks with Trump, it’s learned nothing from coronavirus

As most of the country continues to focus on the Covid-19 crisis, Boris Johnson’s government launched formal trade negotiations with Donald Trump’s administration this week. Apart from asking whether the government should have more pressing issues to attend to, the Covid-19 crisis has exposed serious weaknesses within our economy. A deal with Trump’s US would make us more vulnerable, handing more power to gigantic healthcare, pharmaceutical and agricultural corporations, as well as providing succor to a leader who has proven a deadly threat to international cooperation just when it’s most needed.

Of course, Johnson’s government is aware of this fact. Their pursuit of a deal is not based on a misunderstanding, but rather a clear ideological notion of what sort of economy they believe Britain should create. It’s a model which has not only proven deeply unpopular with the British public, but which will make us more vulnerable to future pandemics like Covid-19.

It would further erode public healthcare by encouraging further privatization of the NHS. This is not a good route to go down. The US suffers from the most inefficient healthcare system in the western world – costing more and providing the worst outcome, because its main aim is to extract profits from people’s basic needs. Covid-19 is sadly taking a terrible toll on the US, with patients dying or being locked into a lifetime of debt because of healthcare costs. We must not move one step further in this direction.

Just as big a worry is the power a US trade deal could give to pharmaceutical corporations. Over the last 25 years, trade deals have embedded stringent intellectual property rules which allow Big Pharma to hold patents for decades on important medicines, pricing those drugs out of reach of hundreds of millions of people across the world. This system encourages corporations to focus more on price gouging, lobbying and share buybacks than it does on producing new and useful drugs. Here in Britain, the NHS currently has some ability to control the price it pays for medicines, though these costs are still enormous.

Big pharma is demanding that, under a US trade deal, we move towards the most extreme market-driven pricing model, as seen in the US. The pharmaceutical industry outspends all other sectors on lobbying US politicians. It is fanciful to suggest that this issue won’t be on the table in the trade talks – instead of focusing on what we need, which is collaborative research into affordable medicines.

Finally, nothing says US trade deal like a chlorine-washed chicken. It’s a shorthand for a whole host of stomach-churning agricultural practices used by US corporations to reduce costs at the expense of animal welfare and the environment. Regardless of whether you object to eating such foods or not, these forms of industrial agriculture are one of the primary drivers of animal-to-human epidemics.

For many in Johnson’s government, these examples are not something to shy away from. Trade secretary Liz Truss, for instance, is a big proponent of deregulation and “market knows best” ideology. The benefit of a US trade deal for these ministers is less about short-term benefits to the British economy – they know this is a fantasy – and more about reorienting our economy towards an extreme version of free market economics.

Covid-19 is a wake-up call, if we needed one, that these free market policies are failing us. They’re making us more vulnerable to pandemics, as well as driving inequality and fuelling climate change. They are not compatible with building the sort of international economy we need.

If officials in the department for international trade are at a loose end, they should begin developing a trade policy which can gear our society up for the serious challenges we will face in the years ahead, not least climate change. Trade rules will be necessary, but not the sort of rules that demand human needs are subservient to the market. We need rules which allow governments to regulate trade and control capital – not a million miles away from how the post-war international trade system was supposed to work. That’s because trade will only benefit the majority of people in a given country if its government can redistribute any wealth created, invest domestically and shelter vast swathes of the economy from the volatility of international markets.

As a starting point, such rules should encourage collaboration in medical research and drug development, allow governments to protect and expand public services, prioritise decent work and support sustainable food systems. This would help build a radically different system from the one we have now.

Trump is a nationalist, and has engaged in blatant acts of piracy to secure equipment and drug technology. He doesn’t really believe in international rules, only brute force. Add in his disastrous handling of the Covid-19 crisis and it has become deeply irresponsible and naïve for the British government to think Trump will dance to any tune but his own. By embarking on these trade talks now, government ministers show that they have learnt nothing from Covid-19.