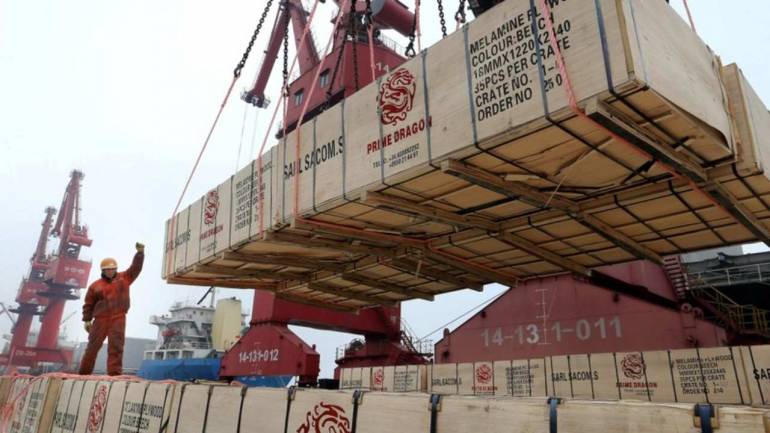 At on-going meeting of negotiators in Bangkok, New Delhi tries to safeguard industry, farmers’ interest. Indian negotiators are in Bangkok trying to insert crucial provisions in the proposed Regional Comprehensive Economic Partnership (RCEP) pact, including adequate protection against cheap Chinese imports, that could make the proposed deal less threatening and more acceptable for Indian industry and agriculture, a government official has said.

“Negotiators from the 16 nations, including India, China and the ASEAN, have time only till Tuesday to sort out differences in difficult areas such as rules of origin (ROO), investment measures, e-commerce and auto trigger mechanism. After the deadline, the remaining matters will be placed before the Heads of States at the RCEP Leaders Summit on November 4. If big differences remain, it will be difficult for India to be part of the joint announcement for conclusion of the negotiations,” the official added.

New Delhi is finding it difficult to accept the onerous obligations of the RCEP, which requires it to take on commitments for tariff elimination for about 90 per cent items from the ASEAN, Japan and South Korea and over 74 per cent from China (China is pushing for over 80 per cent), Australia and New Zealand, without adequate safeguards.

For instance, the ROO (which lay down the compulsory minimum value enhancement to a product to be carried out in the exporting country), in its current form under the RCEP, allow the value addition to take place in any RCEP country and not necessarily within the territory of the exporting members. This means that if a particular commodity is allowed into India from an ASEAN country under RCEP at zero duty but not from China because of a tariff differential that India insists on to protect against Chinese imports, the Chinese product can enter the Indian market through an ASEAN country at zero duty by qualifying as ASEAN export as value added in China will be considered valid.

“India is fighting to make the ROO tight so that China gets excluded from the cumulation provision. Only then the tariff differentials against the country will have some meaning and protect Indian industry,” the official said.

However, trade experts point out that the trigger for the safeguard duties should also be well-defined and serve the required purpose of stopping a sudden increase in imports. “The triggers for imposing the safeguard duty should not be so stringent that it can’t be activated when required,” the official said.

New Delhi is also trying its best to keep the Investor State Dispute Mechanism outside the purview of the RCEP so that the Indian government can protect itself against international suits filed by large foreign companies.

Almost all sectors of the Indian industry ranging from automobiles to chemicals as well as small farmers have sought protection from Commerce and Industry Minister Piyush Goyal against unhindered competition from RCEP countries which, they say, will cause serious damage to them.