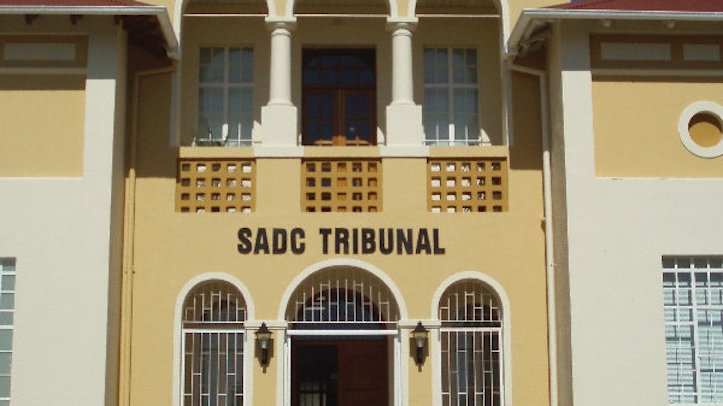 Investor-state dispute settlement in Africa and the AfCFTA Investment Protocol

African countries have frequently appeared as respondents before international arbitration tribunals for violating their investment treaty obligations, mostly provisions on expropriation. UNCTAD records that 99 investor-state dispute claims have been filed against African countries since 1987. In most cases, African governments were found liable and paid large fines or compensation to foreign investors. Egypt, Libya, Zimbabwe and Tanzania are among the countries recently confronted with exorbitant investor-state dispute claims.

African countries have, in recent times, raised concerns about the traditional investor-state dispute settlement (ISDS) system including lack of legitimacy and transparency, exorbitant costs of arbitration proceedings and arbitral awards as well as inconsistent and flawed decisions. Countries have also complained that the system allows foreign investors to challenge legitimate public welfare measures of host states before international arbitration tribunals. Governments are concerned about their sovereignty or policy space as they are discouraged governments from adopting public welfare regulations, resulting in regulatory chill.

Consequently, African governments have responded in many ways to ISDS and international investment law in general. For instance, SADC member states recently amended the Annex 1 to the Protocol Finance and Investment to, inter alia, remove ISDS by international arbitration, and rather require the use of domestic courts and tribunals. South Africa has enacted a legislation (Protection of Investment Act 22 of 2015) which limits ISDS to mediation or arbitration via domestic courts, tribunals or statutory bodies. Tanzania has recently enacted legislations which exclude ISDS arbitration.

Concerns over ISDS system are not in Africa only. The UNCITRAL has established a Working Group on ISDS reform, the European Commission proposes the establishment of a multilateral investment court, and the UNCTAD has initiated a campaign on reforming the existing international investment agreements. Some governments (e.g. Bolivia, Ecuador and Venezuela) have withdrawn from or denounced the ICSID Convention – a multilateral treaty regulating ISDS. Even developed countries are concluding the investment treaties with no or limited ISDS mechanisms. The Comprehensive and Progressive Agreement for Trans-Pacific (TPP-11) and the United-States-Mexico-Canada Agreement (New NAFTA) are good references. It is fair to say, that the ISDS debate has run its course. ISDS in Africa

African regional economic communities have adopted diverse ISDS approaches. For example, the SADC Finance and Investment Protocol and ECOWAS Supplementary Investment Act do not grant ISDS but rather make provision for investors to use local remedies. The COMESA Common Investment Agreement incorporates ISDS arbitration through the COMESA Court of Justice, African arbitration tribunals, as well as ICSID and UNCITRAL arbitral tribunals. This means that countries who belong to more than one of these RECs subscribe different ISDS regime.

Furthermore, the Pan-African Investment Code adopted by the African Union member states as a guiding instrument provides for arbitration through African arbitration institutions governed by UNCITRAL Arbitration rules UNCITRAL subject to applicable laws of the host state or consent of the disputing parties, and subject to exhaustion of local remedies.

As the phase II negotiations of the AfCFTA have not yet begun, it is critical to start thinking of the investment dispute settlement system the Investment Protocol will include. Dispute settlement that is predictable, independent and that allows investors to enforce their rights is crucial for foreign investors and investment. Legal certainty and respect for rule of law is needed by investors, among the factors they consider when making investment decisions.

The AfCFTA is an agreement among African Union member states and cannot create any rights or obligations for foreign (non-African) investors. With the growing concern over the traditional ISDS system, it is highly unlikely that the AfCFTA will include an ISDS mechanism giving investors access to go to international arbitration under conventional international tribunals. It is also debatable whether African governments will allow investors access to international arbitration especially that the AfCFTA is between state parties. Even the AfCFTA Agreement provides for inter-state disputes settlement on trade-related matters; private parties do not have locus standi.

African governments could omit ISDS and include instead a state-state dispute settlement mechanism such as the new Brazilian investment treaties. This means that the home state will, on behalf of its investors, sue the host state for violating treaty obligations. However, African countries have a record of not litigating against each other in trade and investment matters. But, as already mentioned, the AfCFTA Agreement provides for inter-state disputes settlement.

Like the COMESA Common Investment Agreement, the AfCFTA Investment Protocol could also contain ISDS arbitration via regional judicial organs. This is contentious after what happened to the SADC Tribunal. Member states have expressly indicated that when the SADC Tribunal is reinstated, the judicial body will not hear matters from private parties but state parties.

The AfCFTA Investment Protocol could include ISDS through consultation, mediation or arbitration but subject to exhaustion of local remedies and upon agreement of the disputing parties. In addition, the Protocol could perhaps follow the Pan-African Investment Code and the COMESA Common Investment Agreement where ISDS is possible only in African arbitration institutions or centres.

ISDS limited to domestic courts or administrative tribunals can be worrisome to investors. This is because most African national courts lack impartiality and independence from their governments and do not have expertise investment-related arbitrations. Should the AfCFTA Investment Protocol adopt this approach, it would be critical for countries to develop local expertise in investment arbitration in order to have skilled practitioners, who can litigate and arbitrate investment-related dispute more effectively.

Further, the AfCFTA Investment Protocol may include an ISDS mechanism akin to the new NAFTA or TPP-11 – with several (substantive and procedural) safeguards to protect the right to regulate of host governments and avoid the abuse of ISDS system by foreign investors. For instance, the new NAFTA excludes ISDS between US and Canada, and limits the scope of ISDS between the US and Mexico (regular investment claimants) to national treatment, most-favoured-nation treatment and expropriation excluding indirect expropriation

The TPP-11 contains an ISDS mechanism which applies to certain (not all) provisions of the investment and financial services chapters. It excludes ISDS challenges over tobacco control measures or government legitimate public welfare objectives e.g. public health, safety and environment. The adoption of such actions does not constitute indirect expropriation and cannot be challenged under ISDS. In addition, the TPP-11 contains safeguards to limit the cost of potential proceedings including procedures for throwing out frivolous claims or claims without legal merit. It limits the monetary awards a tribunal may grant, and no punitive damages may be awarded. To avoid inconsistent application and interpretation of investment treaty provisions by tribunals, the TPP-11 allows governments to issue interpretations of the treaty provisions which are binding on tribunals. For transparency sake, the TPP-11 requires ISDS hearings to be public and all decisions/awards to be publicly available.