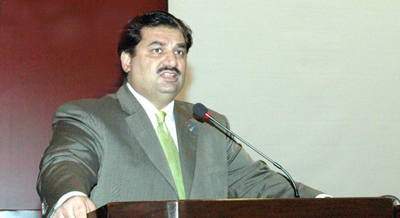 He was speaking during a meeting with high level Bahrain delegation led by Minister for Commerce and Industry, Kingdom of Bahrain Zayed R. Alzayani in Islamabad on Wednesday.