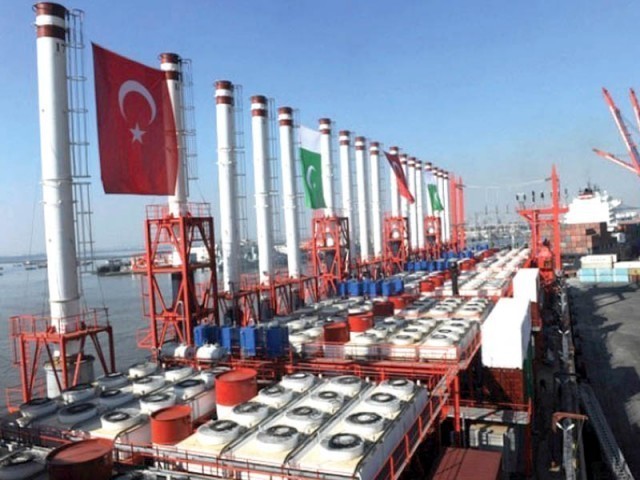 Pakistan may not have to pay $1b Karkey penalty

The key suspect in the rental power plants case – Laeeq Ahmed Sheikh, who is in National Accountability Bureau’s (NAB) custody, has revealed some astonishing facts.

According to NAB sources, Sheikh confessed to have received kickbacks worth $350,000 for brokering a deal between the government of Pakistan and the Turkish power company Karkey Karadeniz Elektrik Uretim to address the power shortage in the country.

He has also confessed to being the front man of Babar Zulqarnain, son of former Azad Jammu and Kashmir president Raja Muhammad Zulqarnain, they added. The state suffered a penalty of $1 billion imposed by the International Committee for Settlement of Investment Disputes (ICSID) Tribunal, they said, adding that unearthing this scheme of corruption could save the state from the hefty penalty.

The information brought to light during NAB investigation is expected to have very serious implications on the overall outcome of the ‘revision application’ filed by the government of Pakistan before the ICSID Tribunal for review of their decision.

Sources said the project was acquired through corrupt practices, adding that NAB, through an international council hired by the state of Pakistan, has informed the ICSID Tribunal of revision application as there were kickbacks paid by Karkey to Babar, who further distributed over $5 million (received from Karkey). Sheikh also received $350,000 out of the same ill-gotten proceeds, they added.

During investigation it was also revealed that the accused had an important role in the whole corruption scheme. His son-in-law Amir Malik was serving in Bank Sarasin, Dubai branch then, and was facilitating Babar and him. Sheikh’s daughter, Rabia Laeeq, who is the wife of Malik, had also received approximately one million dirhams in her own bank account in Dubai from Babar.

NAB sources revealed that the brief facts of the case are that the accused Sheikh happens to be the brother-in-law (sister’s husband) of accused Babar. He is director of a British Virgin Island (BVI) offshore company Cannock Global Enterprises Ltd, which is maintaining an account No 6012852 in Bank Sarasin, Switzerland with the account title under the company’s name.