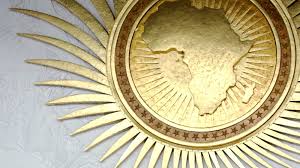 Pessimism surges, but many insist African free trade will take off

Kampala – Initially planned to take place on 1 July 2020, the implementation of the African Continental Free Trade Area (AfCFTA) has been indefinitely postponed due to the Covid-19 pandemic.

No new date has been set and a deafening silence from Addis Ababa, the headquarters of the African Union (AU), has led both the man on the street and Western media to believe that the continent has once again got off to a false start.

In a continent run down by poverty, armed conflicts and dictatorship and where the free movement of people and goods is nothing but a myth, the postponement has become the talk of the town, with many observers cursing the AU Assembly of Heads of State for talking too much and doing nothing.

A group of people discussing the fate of the AfCFTA in the streets of the Ugandan capital Kampala questioned the timing of the postponement and wondered if the deal could be ever saved.

However, Martin Bwalya, Head of Industrialisation Division for the New Partnership for Africa Development (NEPAD), has strongly defended the postponement, saying there is nothing like false start in this matter.

“Absolutely not. The process is firmly on course. Issues such as ‘postponement justified’ or ‘can the deal be saved’ are non-issues. There is already an agreement for the launching of the actual trading in the very beginning of 2021,” he told TRT World.

Bwalya said the effects of Covid-19 clearly known worldwide, came for Africa as critical negotiations were underway. “Africa is not running this process as just a political process ; there is through and through massive technical back-up processes and engagement,” he added.

“Remember, July 1 was about commencing the formal trading. Key decisions including ratification are all behind us. There are now rearranged mechanisms to finalise all outstanding pieces even as Covid-19 is still with us.”

Landry Signe, Senior Fellow, Global Economy and Development, for Africa Growth Initiative, echoed Bwalya’s sentiments, rejecting the ’Afropessimist’ claim that the postponement of the AfCFTA was a false start.

“It’s a responsible decision from leaders committed to successfully implement the programme, while providing African countries with the time necessary to address the health crisis which has paralysed the global economy,” he told TRT World from Washington DC, where he is based.

He said the postponement was also providing the AU, the AfCFTA Secretariat, and African countries, with the time to finalise some negotiations and the opportunity to mobilise resources to make progress on some of the remaining issues before officially launching it.

“By January 2021, the continent will have more, not less, countries that would have ratified the AfCFTA, submitted their schedules of tariff concessions and increased their readiness to start trading with one another under the AfCFTA,” Signe explains.

Describing Covid-19 as the most severe crisis in modern times, Gideon Hlamalani Chitanga, Africa analyst at the Centre for Study of Democracy, said African governments, which have demonstrated full commitment to the AfCFTA, have a responsibility to defer other programs to address the urgent challenges brought by the pandemic.

According to Chitanga, African countries are facing uncertainty at multiple levels in terms of their potential responses amid deep structural and financial resources constraints to drive the AfCFTA process.

“The process is alive, the AfCFTA has not been aborted and will certainly be launched at the appropriate time,” he said, responding to those who believe that the deal was dead, mourned and buried.

As the pandemic rages on, Signe and Colette van der Ven, experts at the Brookings Institution, have urged African countries not to lose sight of finalising the AfCFTA, despite focusing their energy on managing the immediate health crisis.

Hailed by many as the deal of the century and the largest free trade deal ever, the AfCFTA, if implemented successfully, will change the face of intra-Africa trade, increasing it from a mere 15 percent to 25, or $50 billion to $70 billion by 2040, and generate a combined Gross Domestic Product (GDP) of over $2 trillion, according to the UN Economic Commission for Africa (UNECA).

However, in an era where the continent’s economy seems to be on its knees due to the pandemic, there are fears that the deal may be in peril.

Bwalya said some of the impacts on Africa also affecting a decline in GDPs will come from a depressed economic output. “Much of this could be attributed to the disruptions in the global trade supply chains – and for Africa with a huge import-export load, the effects are not just significant, but also highlight the continent’s vulnerability in the face of such shocks.”

In response to this, he said AfCFTA is possibly the main, if not only, way Africa has to build resilience in the event of socio-economic shocks as is being experienced in the pandemic.

“Additionally, the AfCFTA will effectively generate a ‘pulling effect’ to expand the continent’s industrial capacity, thereby creating jobs and entrepreneurship opportunities for Africa’s own populations.”

Nevertheless, questions are being asked about the continent’s rising debt, estimated at $345 billion, $145 of which is owed to China. There are fears in some quarters that the huge debt might hang on the AfCFTA’s head like the Sword of Damocles.

Brushing aside these concerns, Bwalya insisted that sober minds were needed in examining this issue of debt – separating and understand facts from perceptions.

“There are certainly issues on the debt front in relation to development financing and government fiscal space – and more moved to the forefront in the advent of the Covid-19 pandemic,” he explained.

He said this requires an examination and understanding of both national factors, as well as geopolitics.

“Here, I am also referring to getting to the root cause issues, address relevant structural factors as opposed to some usual shifting around or postponing the ’debt pain’. Covid-19 will certainly put pressure on government fiscals. However, it should be taken as an opportune time to forge some of the seemingly difficult conversations on the part of both the lenders and the lendees.”

He continued : “There has to be tripartite engagement in the mutual interest of stable development, on one hand, and viable and sustainable business on the other. It is also not just the figure in amounts of dollars, but also what these loans are being used for in relation to growing of capacity to repay.”

Brimming with self-confidence, Signe said despite the postponement of the official launch, the AfCFTA and its Secretary-General Wamkele Mene have been working tirelessly along with the AU and the Commissioner on Trade and Industry, Albert Muchanga, to unlock Africa’s trade potential, including facilitating the circulation of essential goods and services during Covid-19 despite the global disruptions.

“The AfCFTA offers Africa with one of the best recovery plans and I am confident that it would be officially launched in 2021 with greater support than it would have received in July 2020 given the coronavirus pandemic.”