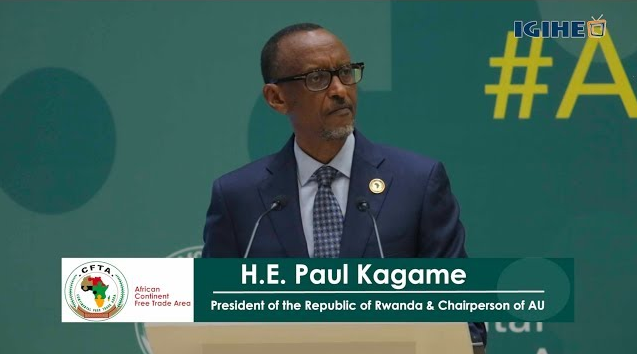 Two months after over 40 nations signed a framework agreement for an African Continental Free Trade Area (AfCFTA), signatories are now beginning the ratification process, while also looking at the technical work needed to make the area a reality. However, analysts note that many steps remain before the deal can be fully ratified and implemented.

Before the agreement can take effect, negotiators need to prepare a list of product-specific rules of origin, determine how several aspects of modalities regarding both goods and services will be applied in practice, and develop and agree on their respective schedules of commitments. (See Bridges Weekly, 22 March 2018)

The AfCTFA was launched on 21 March during an extraordinary summit of the African Union (AU) in Kigali, Rwanda, with the signing of the AfCFTA by African leaders from 44 countries. The version endorsed in March included a framework agreement as well as protocols on trade in goods, trade in services, and dispute settlement, along with various annexes and other legal texts.

At the time, officials said that a second phase of negotiations that would tackle other outstanding issues, such as investment and intellectual property rights, would begin within a few months.

If successfully implemented, analysts say that the agreement could increase economic diversification and intracontinental trade significantly. A widely cited UN Economic Commission for Africa (UNECA) study from 2012 showed that the AfCFTA could lead to a 52 percent increase above the baseline in intra-African trade flows by 2022.

Although only currently signed by 44 countries, the agreement is open for signature by all 54 African nations, which would make the bloc the largest in the world in terms of country participation outside of the World Trade Organization. Together, these countries have a population of more than one billion people and a gross domestic product of US$3.4 trillion, according to the African Union.

Since its signing in March, the agreement and its associated protocols and annexes have been open for country-level ratification. In order for the treaty to enter into force, a minimum of 22 countries must ratify it. Ratification processes vary by country, but generally include approval by the legislative body and consent by the executive branch of the country. Once ratified domestically, country officials will need to provide the instruments of ratification to the African Union Commission Chairperson, who serves as the depository for the agreement.

Rwanda became the first country to complete the internal ratification process, with their Lower House voting in favour of ratifying the AfCFTA on 24 April, but it has yet to deposit the instrument. Kenya and Ghana became the first countries to deposit the instrument, doing so in a ceremony on 10 May in Addis Ababa, Ethiopia. The Prime Minister of Ethiopia, Abiy Ahmed, indicated his country’s intention to ratify the deal promptly.

“We congratulate the governments and people of both countries and we appreciate your commitment to the landmark achievement of the legal foundation of the African integration agenda. We expect to receive more instruments of ratification anytime from now,” Chairperson of the African Union Commission Moussa Faki Mahamat said at the ratification event.

Nigeria, which initially supported the AfCTFA negotiations before deciding to hold off on signing the agreement, citing the need to re-evaluate the deal’s impacts, is continuing to consult with relevant stakeholders on the effects of the agreement. Experts familiar with the situation say that Nigeria will likely join the area once national stakeholder buy-in improves.

The president of the Nigerian Association of Chambers of Commerce, Industry, Mines and Agriculture (NACCIMA) Iyalode Alaba Lawason spoke out on the issue in an interview with the “Leadership” newspaper in Nigeria on 21 May, asserting the importance of Nigeria’s participation in the AfCFTA.

“The world has become a global village and countries who do not partake in the transformations, integrations and trade facilitation happening across the continent and other parts of the world will soon be left behind,” Lawson said. “The African Continental Free Trade Area (AfCFTA) Agreement offers a lot of opportunities to Nigeria so it is important that we intensely consider the benefits accruable to Nigerian businesses.”

South Africa, another regional economic powerhouse, did not sign the AfCFTA, citing the need to complete domestic legal processes for acceding to international agreements. The government has yet to release a timeline for its national procedure.

From 30 April to 12 May, the Dedicated Session of the African Continental Free Trade Area Negotiating Forum and Legal Experts met to undertake the “legal scrubbing” of some of the AfCFTA documents, including those annexes and/or protocols involving goods trade and dispute settlement.

The African Union also directed negotiators to consider a list of “priority sectors” in trade in services and create “criteria for designating sensitive products and exclusion lists.” Members of the AfCFTA negotiating forum, legal experts from member states, and external experts attended the meeting.

Countries agreed in June 2017 to liberalise 90 percent of goods tariff lines, with the possibility of allowing for longer liberalisation periods or complete exclusion from liberalisation on 10 percent for specific products. Experts have noted that the effectiveness of the agreement will depend on which tariffs lines are covered within the 90 percent, as intra-African trade is currently relatively limited to certain products whose exclusion could weaken the agreement. (See Bridges Africa, 24 August 2017)

Outcomes from the Dedicated Session were not publicly available at press time. Sources close to the meetings said that the review of the annex documents has been extended, and is expected to be completed by early June during a meeting of trade ministers.

During the 51st session of the Conference of African Ministers of Finance, Planning and Economic Development hosted by UNECA in Addis Ababa, Ethiopia, earlier this month, the ratification and implementation of the AfCFTA was a hot-button topic. Ministers and experts discussed remaining concerns, including limited citizen engagement on the AfCFTA, and the need for stronger implementation mechanisms.

While highlighting the benefits of the agreement, former African Development Bank President Donald Kaberuka called on African nations to do more to generate public support for the deal. He noted that the agreement’s success depends on demonstrating that the deal goes beyond eliminating tariffs, and also has the potential to support countries’ efforts to diversify their economies and support people working in all sectors.

“For the AfCFTA we need to get it out of the high level conference halls to the people at all levels. This is critical to the success of this historic enterprise,” Kaberuka said at the time.

Participants in a related roundtable also examined the need to address capacity constraints that could affect the accord’s implementation. Trade treaty implementation in general on the continent has hit hurdles in the past due to capacity issues, according to the African Capacity Building Foundation (ACBF).

“We must focus like a laser on human capacity development. Let us make deliberate efforts to educate and develop the skills and talents of our youth and children. Without a numerate and literate youth, we shall continue to bear the brunt of our demographic vulnerabilities. With education and training, our youth will develop human capital, that is, value which creates more value,” African Union Commission Deputy Chairperson Ambassador Kwesi Quartey said at the time.

Working groups will continue to meet to negotiate outstanding issues. The Senior Trade Officials and African Union Ministers of Trade meetings are planned for 25 May to 2 June in Dakar, Senegal. Sources close to the negotiations expect to have more clarity on next steps at that stage.

Following these meetings, members will have approximately one month to undertake national consultations and prepare schedules for their commitments and concessions.

Ministers have been directed to finish the process of reviewing the annexes before the African Union Summit meeting from 1-2 July in Nouakchott, Mauritania. In August, a second round of negotiations will continue with a focus on competition, investment, and intellectual property rights. Officials and experts say that they hope that the agreement can enter into force 9-12 months from its signing date in March, with relevant committees being established in January 2019.

“Ratification of CFTA is only the beginning. To make sure countries benefit from the maximum outcomes, it means that implementation will have to be accelerated through a strong strategy,” said Emmanuel Nnadozie, Executive Secretary of the African Capacity Building Foundation.