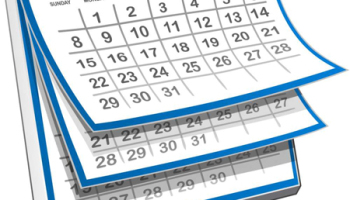 The negotiations for the proposed mega trade deal - RCEP - would miss the deadline of concluding the talks by December this year, Commerce and Industry Minister Nirmala Sitharaman said today.

The Regional Comprehensive Economic Partnership (RCEP) members wanted to conclude the negotiations by December 2016 but "that is not going to happen. It might move into 2017," she told reporters.

She also said that the next ministerial meeting to review progress of the negotiations is in November.

RCEP trade ministers including India, China and Japan met on August 5 in Laos to end the logjam and iron out issues holding back negotiations of the RCEP.

There are several complex issues, including from the services sector, which is holding back the talks.

Although the members have now agreed for a single tier system of tariff relaxation from the earlier three-tier system, talks are going slow in services sector, a major area of India’s interest.

"In services, detailed discussions have not happened. So we have to plough that field as we get nearer (to conclude the talks). We have also raised the concerns about delay in finalizing the mutual recognition agreements (MRAs)," Sitharaman said.

MRAs pave the way for recognition of professional body of one country by the other. Regulatory bodies of various professional services like engineering, accountancy and architecture are encouraged to enter into these pacts.

Further India is also pushing to conclude the RCEP talks in a single undertaking unlike the Asean free trade pact in which FTA in goods and services were signed separately.

"We have reiterated our position that the negotiations will have to be happen as a single undertaking," she said adding the RCEP members at this stage are discussing on ways to build consensus on all the complex issues.

The minister also said that "India is not at the backfoot" on the talks and the country’s views are heard by all members.

Allaying fears, India has also made it clear to the members that Indian professionals will not flood their markets as they go for temporary projects, she said.

The talks for the pact started in Phnom Penh in November 2012. The 16 countries account for over a quarter of the world’s economy, estimated to be more than USD 75 trillion.

(This story has not been edited by Business Standard staff and is auto-generated from a syndicated feed.)