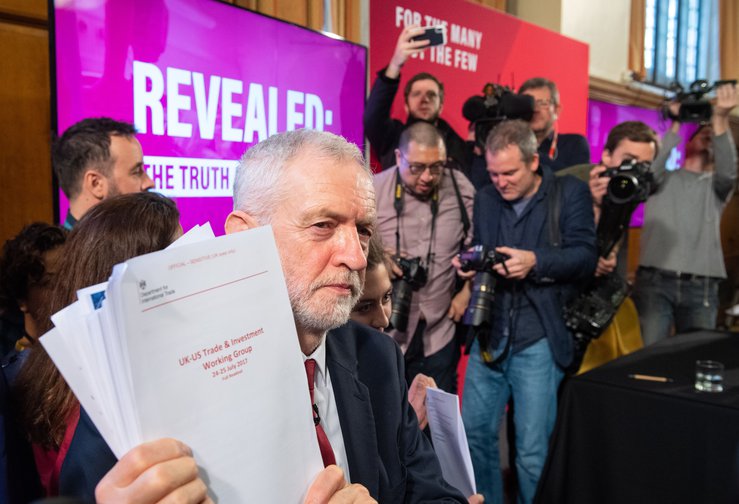 Second round of US-UK talks wrap up today

U.S. and U.K. negotiators could announce today that they have reached agreement on some of the 30 or more chapters expected to be in a bilateral free trade agreement. If not, that would be a bad sign for U.K. hopes of completing and signing the agreement before the U.S. presidential election.

U.S. Trade Representative Robert Lighthizer told members of Congress last week that the two sides have begun exchanging text for the proposed deal and that he hoped “at least a couple of chapters” could be closed out this week.

Since then, Lighthizer has threatened more tariffs on British exports in a long-running dispute over European subsidies for Airbus. U.K. trade minister Liz Truss told Parliament she was “very disappointed” by the move and urged the U.S. to hold off on the action.

The ‘almost impossible’ dream: Even if trade negotiators make record-setting progress, Lighthizer has said all the notification requirements in the 2015 trade promotion authority law make it unlikely Congress could vote on an agreement before the November elections.

“It is almost impossible unless the members decided they want to do something extraordinary,” he said last week, implying that Congress would have to waive those requirements.

The meat of the matter: To get a deal before November, the two sides have to resolve contentious agricultural issues, including U.K.’s food safety and animal welfare regulations that keep out imports of U.S. beef, poultry and pork because of the veterinary drugs used by American farmers and ranchers or how the animals are processed at slaughter facilities.

The United States exported more than $13 billion worth of beef and pork products to countries around the world in 2019, but only $3.9 million to the U.K., according to USDA data. The figures are similarly dismal for poultry. The United States exported nearly $4.3 billion of poultry meat to the rest of the world last year, but only $420,000 to the U.K.

Lighthizer said on the Hill last week that he would not tolerate any barriers not based on sound science and the U.K. would either have to open its market or not get a deal. But Rep. Earl Blumenauer (D-Ore.) offered a dissenting view. “Should we really export our weak standards to another country who has legitimate public policy concerns and may provide better protections?” he asked.

The cheese does not stand alone: Senate Finance Chairman Chuck Grassley (R-Iowa) pressed Lighthizer last week to achieve more progress than in the USMCA on dismantling “geographic indications” that prevent American cheese and other food producers from exporting their products under some common food names that originated in Europe. Lighthizer agreed but stopped short of promising how much he could achieve on that tough issue.

Don’t expect Section 230 surprises: Lighthizer also said he had no intention of using the trade deal to change Section 230 of the Communications Decency Act, which immunizes websites from legal liability for the comments their users make. The U.S. trade chief said he understood it was a controversial issue, but it is up to lawmakers to change the provision if they want.