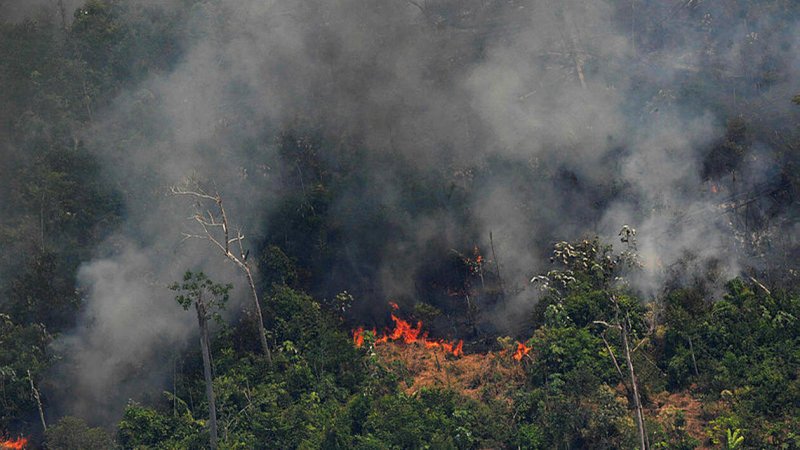 Two days after French President Emmanuel Macron tweeted that the fires in the Amazon area is a global problem, Slovakia’s Agriculture Minister Gabriela Matečná has joined in to slam Brazil for its approach.

“The way Brazil has been lately treating the Amazon rainforest is unacceptable,” she said, as quoted by the TASR newswire. “The European Union must use all ways available to make Brazil change its attitude.”

Matečná is ready to block the EU trade deal with the Mercosur countries, which include Argentina, Brazil, Paraguay, and Uruguay, at the Agriculture and Fisheries Council.

Logging and fires in the Amazon basin, which contribute to climate change, is the number one reason behind the minister’s decision. She also mentioned the recent food scandals.

Other European leaders have also criticised Brazil and its far-right president Jair Bolsonaro and threatened to suspend the trade deal, the Reuters newswire reported.

“We should stop the imports of agricultural products and food that are not produced in accordance with the European environmental standards and animal welfare,” Matečná said, as quoted by TASR. She referred to spoiled chicken meat that originated from Brazil two years ago.

The State Veterinary and Food Administration (ŠVPS) then banned the imports of Brazilian meat. The problem, however, affected consumers across the EU, the minister added.

The EU and Mercosur members concluded years-long negotiations on the trade deal on June 28, 2019. It yet has to be approved by the Council and the European Parliament.

It is not the first time Matečná is standing up against the trade deal with Mercosur. In 2016, she voted against it and has not changed her decision since then.

“The European Union requires Slovak and European farmers to use less chemicals, keep animals in the best conditions and protect the country more,” she said, as quoted by TASR.

On the other hand, the EU concludes contracts with countries that do not respect environmental protection requirements, she went on to say.

The signed trade agreement includes chapters on food safety, animal and plant health, and environmental protection. Both sides have pledged to uphold the EU’s highest standards in all the matters.

“The agreement includes a chapter dedicated to sustainable development that will cover issues such as sustainable management and conservation of forests,” theEU’s press release reads.

Both parties have thus committed to implement the Paris Agreement on Climate Change. This also involves a commitment to tackle deforestation.

Yet, it is unclear what approach the EU will take towards the trade deal owing to the fires in the Amazon.