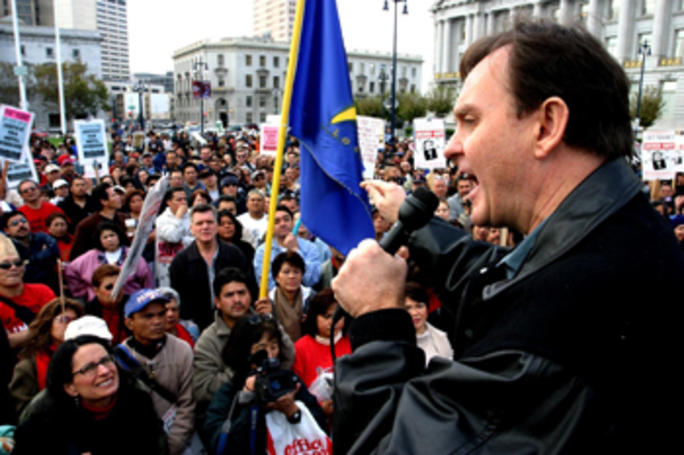 The world’s largest regional trade pact, between the United States and 11 Pacific Rim nations, would marginally boost the U.S. economy and jobs over the next 15 years, but it also would erode employment in manufacturing sectors, according to a new analysis by an independent commission.

The Trans-Pacific Partnership (TPP) is expected to boost the nation’s gross domestic product by nearly $43 billion by 2032 and create an estimated 128,000 additional jobs, the U.S. International Trade Commission concluded in an 800-page report released Wednesday. Those increases would be measured against current baseline projections if the agreement is not enacted.

At the same time, the commission concluded that the TPP could cause a 0.2 percent decline in manufacturing jobs when compared with projections without TPP enactment, a finding that is likely to be seized on by labor unions and other opponents of the accord.

Overall, the trade deal “would have positive effects, albeit small as a percentage of the overall size of the U.S. economy,” the commission wrote in its report.

Congress mandated the study as part of the “fast-track” trade powers granted to President Obama last summer. Publication of the findings was required before lawmakers schedule any votes on the trade accord, which includes Japan, Canada, Mexico, Australia, Malaysia and Vietnam.

The Obama administration is hoping to get the TPP agreement ratified by lawmakers before the president leaves office in January, but Republican leaders on Capitol Hill have been reluctant to move forward amid widespread skepticism playing out on the 2016 campaign trail. The leading presidential candidates in both parties — presumptive Republican nominee Donald Trump, and contenders for the Democratic nomination, Hillary Clinton and Sen. Bernie Sanders (Vt.) — have said they are opposed to the deal.

Sen. Orrin G. Hatch (R-Utah), chairman of the Senate Finance Committee, said in a statement that while the TPP “has the potential to yield significant economic benefits,” the details of the trade commission report “must be studied closely so that we have a clear understanding of what TPP will mean for the American economy.”

The commission’s conclusions are likely to be used by both sides in the debate over the TPP. Other independent studies, including one from the World Bank, also have shown incremental benefits to the U.S. economy, with larger proportional gains accruing to countries with smaller economies. The World Bank said Vietnam stood to become the biggest beneficiary of the deal with economic growth of 10 percent by 2030.

“While the ITC understandably adopts a conservative approach to these reports, the historical record has shown that export growth under past trade agreements has exceeded projections by a considerable margin,” the U.S. Chamber of Commerce said in a statement.

But Ilana Solomon, director of the Sierra Club’s responsible trade program, said the commission report offered “further evidence that the Trans-Pacific Partnership would be a disaster.”

Among the various employment sectors, agriculture and food would have the highest relative gains of an additional 0.5 percent growth. The service sector would grow by an additional 0.1 percent, while manufacturing would be 0.1 percent lower under the TPP than if the deal is not enacted, the study found.

The study noted that the TPP deal also aims to enact new regulatory provisions to maintain the open flow of information across international borders and address intellectual property rights, and address competition from state-owned businesses.