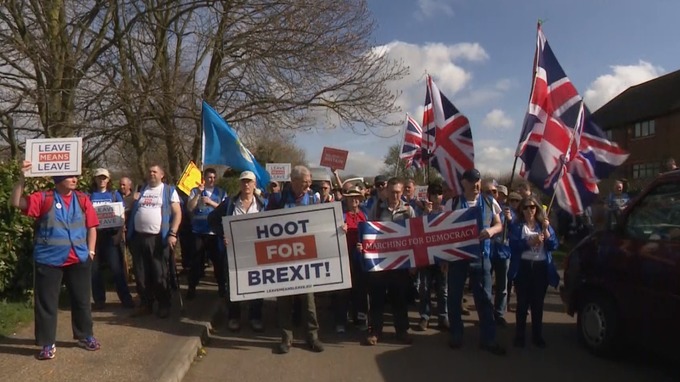 Brexit could pave the way for a free trade agreement between Thailand and the United Kingdom, says Auramon Supthaweethum, director-general of the Trade Negotiation Department.

The UK officially pulled out of the European Union at 11pm on Friday although the transition will continue in areas including trade and security over the next 11 months.

Ms Auramon signalled in a release to media that Brexit will not have a significant effect on Thailand except for an expected slight volatility of the pound. Bilateral trade between the UK and Thailand will continue as usual under the same regulations at least until the end of the year.

She also said the department will be looking closely at the developments to see if they might bring about new trade opportunities for Thailand and agencies connected to international trade will prepare themselves accordingly.

One direct consequence of Brexit on Thailand will be the EU and UK reviewing their tariff quota obligations under the World Trade Organisation framework.

The review will touch on 31 items including tapioca, cassava, rice, poultry and canned fish, for which Thailand has received trade quotas from the EU. However, the quotas will be revised in light of Britain’s withdrawal from the EU.

The government will work to ensure the revised quotas of the key commodities which Thailand exports will not drop after Brexit, said the department.

The UK is Thailand’s 21st largest trade partner and was the second largest in the EU after Germany.

Trade volumes between Thailand and the UK amounted to US$6.2 billion (190 billion baht) last year, with Thailand holding a trade surplus of US$1.4 billion.

Imports from the UK include machinery, beverages, electrical circuit parts and pharmaceutical products.

Ms Auramon declared it was essential to maintain ties between Thailand and the UK and her department is studying policies to remove any obstacles to bilateral trade.

Thailand and the UK will be compiling reports of each other’s trade policies before they meet to find a common ground which could lead to talks on a FTA in the future.

She said the department is organising a forum to brainstorm the trade issues arising from Brexit on Feb 7 and 13.