The Second Conquest: The EU free trade agreement with Colombia and Peru 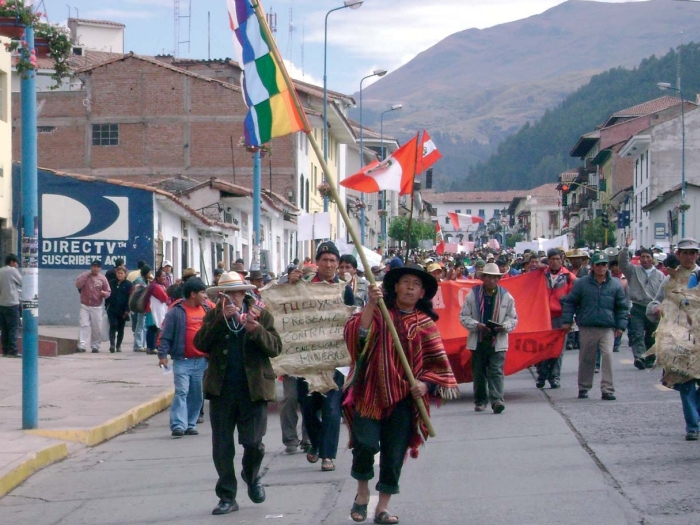 The neoliberal FTAs pursued by the EU with Colombia and Peru threaten to exacerbate human rights abuses — which include killings of trade unionists, forced expropriations of indigenous people from land, and environmental destruction — for the sake of corporate profit.

On 19 May 2010, at the margins of the EU-Latin America summit in Madrid, the EU, Peru and Colombia announced the conclusion of negotiations for a Free Trade Agreement (FTA).

However, the FTA will not come into force as it still has to be endorsed by the European Council, the European Parliament and the Peruvian and Colombian Congress. Since this treaty qualifies as a so-called ‘mixed agreement’, which falls outside the exclusive competence of the EU, additional ratification by the parliaments of the 27 EU member states will also be necessary.

The European Council will first meet to make a decision on this classification. Then the European Parliament is expected to debate the Treaty in the second half of 2011. Meanwhile, due to the FTA’s social and environmental impacts, opposition is growing not only within civil society but also among several members of parliament. The agreement has been overwhelmingly opposed by trade unions and social movements in the Andean Community and the European Union.

This publication contains an overview of the FTA’s history, of human rights violations in Colombia and Peru as well as a critical analysis of the draft agreement which recently leaked to the public. It appears that the main beneficiaries of the agreement would be European transnational corporations (TNCs) working in Colombia and Peru. The text, therefore, describes European TNCs’ activities in these two Andean countries and their involvement in human rights violations, particularly in commercial agriculture and extractive industries like mining and petroleum.

This publication is part of a joint project of the Transnational Institute (TNI) in Amsterdam and the Center for Research and Documentation Chile-Latin America (Forschungs- und Dokumentationszentrum Chile-Lateinamerika – FDCL) in Berlin. For several years now, both institutions have been challenging the trade agenda of the European Union by raising awareness of the social and environmental impacts of the free trade and association agreements the EU negotiates with Latin American and other countries in the world. Together with social movements in Europe and the Global South, TNI and FDCL are putting forward alternatives to the EU’s neoliberal trade and investment regime.