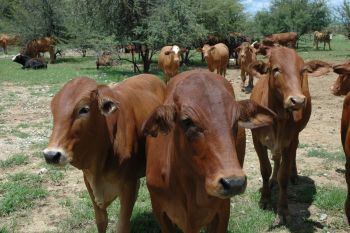 Namibia is looking to diversify its beef exports to countries in the global South in order to lessen its dependency on the lucrative EU market. Credit: Servaas van den Bosch/IPS

PORT VILA, Vanuatu, Jun 13 2012 (IPS) — Caught between a proverbial rock and a hard place, African and Pacific countries are still unsure whether they should follow the lead of their Caribbean counterparts and sign a wide-ranging Economic Partnership Agreement (EPA) with Europe.

African, Caribbean and Pacific (ACP) ministers are meeting here ahead of their joint Council of Ministers meeting with Europe on Thursday and Friday. However, they are still far from completing the negotiations that would allow them to participate in the accord that Europe is using as its main vehicle for trade and other assistance.

In 2008, the Caribbean Forum (CARIFORUM), comprising the 15-member Caribbean Community (CARICOM) and the Dominican Republic, signed the accord. Ironically, Guyana, which had been reluctant to sign until it received certain assurances, is the only one so far to have ratified the EPA.

“At the time of signing Guyana was able to secure a joint declaration which is appended to the CARIFORUM-EPA indicating that within a five-year period there will be a review of the implementation process to examine to what extent it is adversely affecting our development strategies and this is something… we hope will be incorporated in the other regions as they work to conclude their agreements,” the country’s ambassador to Brussels Dr. P.I. Gomes told IPS.

In its report to the conference here, the Pacific region has described the negotiations with Europe that began in 2004 as “a long and challenging process”.

Tonga’s Labour, Commerce and Industries Minister Isieli Pulu, the lead spokesman for the Pacific grouping, said that while two Pacific states have signed an interim EPA – mainly to avoid market access restrictions – it was always understood that the interim accord “would be a stepping stone towards a comprehensive EPA”.

The Cotonou Agreement signed in 2000 puts in place a cooperation framework aimed at liberalising trade between both the ACP and EU, and also specified that a new World Trade Organization (WTO) compatible regime or an EPA must be agreed by the end of 2007.

Pulu said that the Pacific countries have reaffirmed this commitment and their leaders have mandated “that we continue to negotiate a comprehensive EPA as single region with the European Union which should be concluded by 2012.

But he said while this commitment has been made, the Pacific group wants an EPA “based on principles and objectives enshrined in the Cotonou Agreement” and it “must go far beyond market access arrangements and constitute a trade and development cooperation agreement that will form the basis for the elaboration of a true, strengthened and strategic partnership over time between the Pacific ACP region and the European Union”.

Pulu has accused Europe of “stalling”, noting that it “has continually deferred meeting with the Pacific region for a formal negotiating session since 2009. 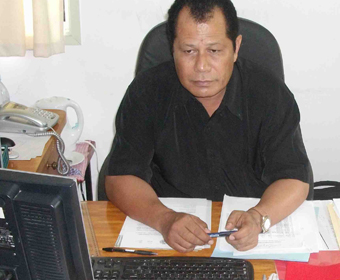 Tonga’s Labour, Commerce and Industries Minister Isieli Pulu has accused Europe of “stalling”, noting that it “has continually deferred meeting with the Pacific region for a formal negotiating session since 2009.”

“Furthermore, they have not responded to the Pacific’s proposals and market access offers submitted in July 2011. This has seriously threatened the possibility of concluding the negotiations on a comprehensive EPA as called for by the Pacific ACP leaders. Instead, the European Commission has been coercing the Pacific ACP region to accept the interim EPA,” Pulu told the meeting.

He said the delay has reduced the alternatives for several Pacific countries wishing to conclude “a beneficial trading arrangement” with Europe given the implications of the commission’s proposals to amend EU market access regulations.

“In the Pacific region, Fiji could be forced to ratify the interim EPA if the region is not able to satisfactorily conclude a comprehensive EPA by 2014. Major industries in Fiji could face disruption and could collapse as they are dependent on duty-free and quota-free access to the European market,” he said.

For their part, the African countries, grouped under several bodies, have also expressed reservations.

Central Africa, for instance, has indicated that three countries – Cameroon, Equatorial Guinea and Gabon – have specific concerns regarding cooperation with the European Union.

Cameroon, which signed the “Stepping Stone” agreement in 2009 as proposed by Europe to safeguard market access to the European Union, but has not yet ratified it, has indicated it would be penalised by having the European market access benefits withdrawn by January 2014.

The decision to withdraw the regulations applies to all countries signatory to interim EPA agreements that have not yet ratified them, ACP officials told IPS.

In the case of Equatorial Guinea, it is faced with financial restrictions on some of the regional projects under the 10th European Development Fund (EDF) for having failed to fully ratify the first revised Cotonou Agreement of June 2005.

Because of an increase in its resources, that country will soon graduate from LDC (least developed country) status to middle income country status, according to U.N. classification, the ACP ministers meeting here was informed.

Gabon, already classified as an “upper-range middle income country”, could see its General System of Preferences (GSP) regime revoked, with Central Africa noting that “in fact the GSP, which is a non-negotiable scheme, continues to be applied at the discretion of the European side”.

The East African Community, which includes countries such as Kenya, Tanzania and Somalia, say they have noted “with great concern that our partners seem to be imposing unrealistic deadlines on the conclusions of the negotiation talks and have gone ahead to propose an amendment to EC market access regulations that would deny a group of 18 countries preferential market access to the EU with effect from Jan. 1, 2014 if they have not ratified the EPAs.

“We view this move as not only putting undue pressure on the ongoing EPA negotiation process and therefore the possibility of not concluding an agreement capable of meeting the intended objectives but also an affront to our regional integration,” the EAC added.

The West African countries, which include Ghana and Nigeria, say given the EU’s position of excluding countries that have concluded EPA agreements, but have not yet ratified them, the region must consider “alternative solutions”.