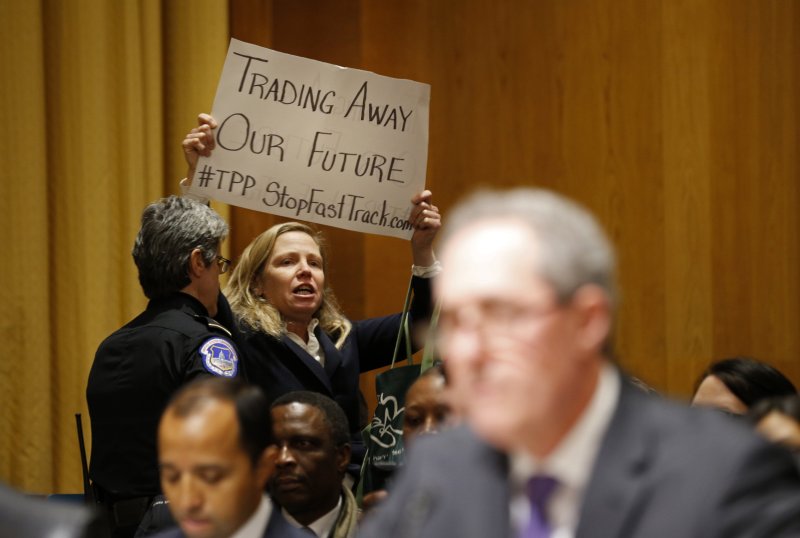 "The President is pleased that Congress has extended Trade Promotion Authority (TPA) for three more years, which he requested as part of his Trade Agenda. Extension of TPA is critical to negotiating accountable, enforceable and reciprocal trade deals that will benefit American workers, farmers and ranchers. The Trump Administration is pursuing a number of potential bilateral free trade agreements, and TPA extension means we may continue to aggressively pursue these opportunities," U.S. Trade Representative Robert Lighthizer said Monday.

TPA has for years been a hugely controversial issue because it effectively hobbles Congress’s ability to weigh in on trade issues; it limits lawmakers to a single up-or-down vote in approving any international deal that the president sends over, prohibiting Congress from amending it or tweaking the deal in any way.

Sunday’s latest renewal was based on a formal request the administration made to Congress in March. Lawmakers can object to its renewal, but no effort, even a symbolic one, was mounted this year.

TPA has been around with some modifications since 1974 and has long been seen as essential to the White House’s ability to negotiate deals since it allows them to assure their trade counterparts that any deal that they strike won’t be picked apart by Congress.

TPA last expired in 2007 and the Obama White House struggled to get it renewed in 2015. The fight in Congress was so prolonged it effectively undermined the White House’s effort to pass the Trans-Pacific Partnership, a 12-nation trade deal that had been the main reason why the administration wanted Fast Track in the first place.