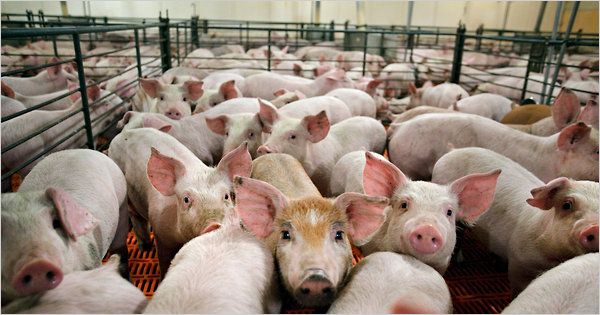 The U-S currently is involved in several bilateral free trade negotiations, including talks with Pacific Rim and European Union nations.

During the past 20 years, exports have increased to 25% of U.S. pork production. National Pork Producers Council President Randy Spronk says access to export markets is critical for the U.S. pork industry.

Spronk says Japan currently is the U.S. pork industry’s number one value export customer with more than 2-billion dollars-worth of pork products going to Japan each year. If tariff and non-tariff trade barriers to Japan can be dropped through the Trans-Pacific Partnership. Spronk says there’s an opportunity to double trade with Japan.

As for the European Union, he says the 27 countries that are part of the EU are the second largest consumer group behind China in the world. But the U.S. pork industry has been restricted from exporting product to the EU through various tariff and non-tariff trade barriers.

NPPC wants to see tariffs go to zero and the non-tariff barriers be eliminated so there can be free trade between the U.S. and EU. Spronk says the elimination of these trade barriers can add value for U.S. pork producers.