US unhappy over lack of progress on pork imports

The US has expressed disappointment with a lack of progress on issues related to US pork imports to Taiwan in the latest round of talks under the Trade and Investment Framework Agreement (TIFA) in Washington, Vice Minister of Economic Affairs Wang Mei-hua (王美花) said yesterday. 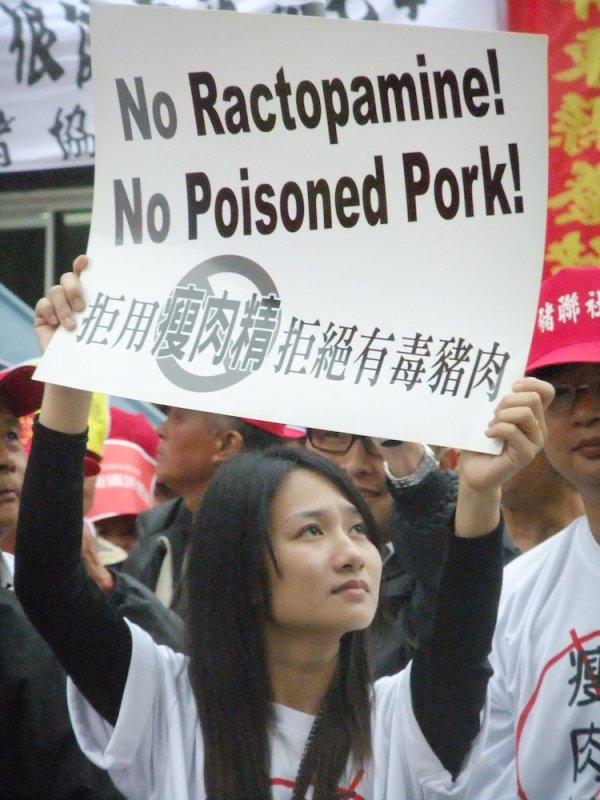 Wang, who led a delegation to the talks on Tuesday, said by telephone that the US raised concerns over Taiwan maintaining a ban on imports of US pork containing residue of the leanness-promoting drug ractopamine.

Wang said that Washington has urged Taipei to apply international scientific standards to resolve the pork import issue and allow sales of US pork in Taiwan.

South Korea permits imports of beef and pork containing traces of ractopamine and allows the domestic use of the additive in animals.

Japan allows imports of beef and pork with ractopamine residue, but it prohibits the domestic use of the feed additive in animals.

President Tsai Ing-wen (蔡英文) has said that Taiwan would take into account the standards applied by Japan and South Korea, while carefully studying the US pork import issue.

Taipei has made no preconditions on the issue so far.

Wang said that the delegation told its US counterpart that Taiwan’s food safety authorities would continue to discuss the issue and evaluate possible risks related to US pork imports before making a decision.

The agreement, signed in 1994, is the primary mechanism for dialogue on trade between Taiwan and the US and provides an opportunity for both sides to discuss how to expand trade and investment links and deepen cooperation. The agreement has played a critical role in improving bilateral commercial ties between the Taipei and Washington.

The US delegation was headed by US Deputy Trade Representative Robert Holleyman and included officials from the US departments of state, agriculture and commerce, as well as the American Institute in Taiwan.

At the negotiations, the Taiwanese delegation expressed hope that Taipei and Washington would hold talks on signing a bilateral trade agreement to forge a closer business relationship, Wang said.

The US delegation said that Washington is devoting all of its efforts to push the Trans-Pacific Partnership (TPP) trade agreement.

Wang said that Taiwan has made great efforts to improve its investment environment in a bid to join the second round of talks on the TPP and join the trade bloc.

At the TIFA meeting, both sides discussed a wide range of issues, such as intellectual property rights protection, pharmaceuticals, medical devices, investment, agriculture, technical barriers to trade and regional and multilateral cooperation.