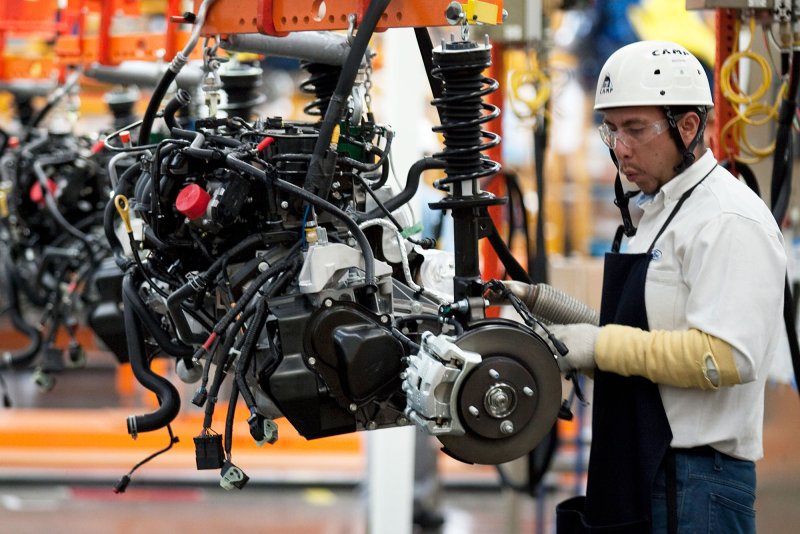 A summary of the proposal, seen by Reuters and circulating among auto industry officials based on descriptions from Canadian and Mexican trade negotiators, would require the $16 wage on work comprising 40 percent of the value of light-duty passenger vehicles and 45 percent for pickup trucks.

The U.S. plan would allow automakers to count the high salaries paid for engineering, research, sales, software and product development jobs towards 15 percentage points of these goals, a provision that benefits Detroit automakers and disadvantages foreign brands that do such work outside the United States.

The Center for Automotive Research in Ann Arbor, Michigan, has estimated that Mexican auto assembly workers average under $6 an hour, with workers in Mexican auto parts plants averaging less than $3 an hour.

But negative reactions from auto industry groups in the United States and Mexico suggested that an agreement on autos - viewed as crucial to a near-term NAFTA deal-in-principle - is not close at hand.

The U.S. proposal “is not acceptable. The percentage, the transitions, the restrictions,” said Mexican Auto Industry Association president Eduardo Solis, who confirmed details of the U.S. offering.

The U.S. proposal calls for overall regional value content to rise to 75 percent from the current 62.5 percent, but lower than USTR’s initial 85 percent demand.

Certain high value parts such as engines and drivetrains would also have to meet the 75 percent threshold, while auto manufacturers would need to purchase 70 percent of the steel and aluminum they in North America. Lesser parts would be subject to the same 60 percent regional value threshold they have today. SHORT TRANSITIONS

Automakers would get a four-year phase-in rate for light passenger vehicles, but only two years for pickup trucks, a high-value product segment that USTR views as important for U.S. production.

Both phase-in periods are short for an industry that plans products, allocates factory capacity and makes parts sourcing decisions years in advance. The original 1994 NAFTA had an eight-year transition period to reach the 62.5 percent threshold.

But automakers could be eligible for a two-year extension of these deadlines if they show “due diligence” to comply with the higher thresholds, according to the summary.

An adjournment of talks among the top U.S., Canadian and Mexican trade officials until May 7 allowed them to float details of the U.S. proposal with industry officials. Lighthizer was expected to speak with officials from General Motors Co (GM.N), Ford Motor Co (F.N) and Fiat Chrysler (FCHA.MI).

The initial reaction among U.S.-based auto groups was cool at best.

The Auto Alliance, a group representing Detroit and International brand automakers, said it was concerned that the U.S. plan fails to strike the “delicate balance” needed to keep auto and parts production in North America instead of low-cost countries elsewhere. It said it shares Trump’s goal of growing U.S. auto manufacturing and jobs.

“The Alliance is concerned that the draft currently being discussed may not achieve the Administration’s goal, and urges the Administration to ensure that a modernized NAFTA continues to strike the right balance.”

The United States only charges a 2.5 percent import tariff on passenger vehicles, so there is a thin margin of higher costs that could be absorbed before it becomes more attractive to forego NAFTA benefits. The U.S. pickup truck tariff is 25 percent.

The 75 percent regional value requirement for vehicles to ship tariff-free between the United States, Canada and Mexico also would apply to electric vehicles and their batteries as well as autonomous vehicles, with a nine-year transition period.

“We continue to be concerned about the phase-in time and the amount of paperwork that will be necessary for compliance,” said Ann Wilson, senior vice president of government affairs for the Motor and Equipment Manufacturers Association.